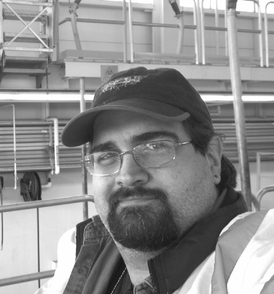 I was born and raised in Northern New Jersey. “By day", I work as a supervisor at a transportation company that I’ve been with for the last 20 years.

In my free time, I write. With a lot of rewriting, a story that I wrote back in 1991 under a different title became my first novel, The Augustine Agenda, which I finally got published 2010. It was a quarter-finalist in the 2010 Amazon Breakthrough Novel contest, and also earned Honorable Mentions at the 2011 New England Book Festival and the 2011 London Book Festival.

In 2011, I followed it up with Escape From Argus, which was another adaptation of an older story. The Treos Dilemma, is my latest work, is all new material. It was published in February 2012.

My latest project is a fourth untitled chapter in the Vindicator series, which I’m hoping to have finished by the end of the year.

Right now I’m living in Central New Jersey with my wife Michele and my Mom. They’re my biggest admirers and my toughest critics. 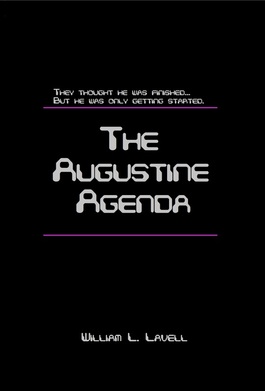 "The next best thing to winning is giving the other guy such a bloody nose, he wonders if beating you was really worth it."

When the Earth became overcrowded, the Company terra-formed the planets and moons of the Three Systems into fifty Earths for humanity to call home. The worlds all prospered, and life was good. Until the Company decided that they had the right to tell humanity how to live on those new worlds as well.

Jace Ryan is a resistance leader on the planet Augustine. But the resistance's time has run out. Company Troopers storm their camp, and Ryan is captured, while the rest of his people are killed. He loses his home, his friends, and worst of all, his sister Jade. Aarla, the CEO of the Company, offers him a spot in her organization. When he refuses her, she sentences him to a penal colony. 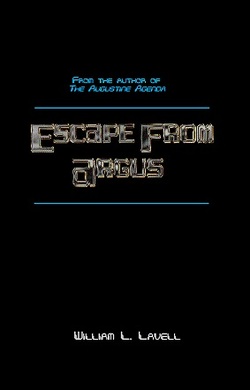 "In case you haven't noticed, we're fugitives. We do what we have to do, and we keep moving."

After the events of The Augustine Agenda, both sides are licking their wounds and gathering resources. On the heels of Commander Straker’s failure to capture Ryan and his crew at Beauregard, President Aarla has entrusted a new man, Commander Crim, with the task of bringing them to justice.

Ryan tries to gather supplies on a salvage run to the mining asteroid XK-7. When their shuttle breaks down and almost costs them the mission, Ryan realizes that his crew needs a mechanic. And he knows just the person for the job. Adam Traynor is an old friend of Ryan's. He's such a good friend that Ryan would trust him with his life. The only problem is that he’s a prisoner at the Argus-2 mining camp on a moon appropriately named Diablo.

Argus 2’s mine is radioactive, and the crew only has a short time to rescue him before they all fall prey to its deadly effects. Rescuing his old friend is a fool’s errand at best, but the added prospect of his sister Jade also being held at the camp makes Ryan determined to go on an adventure even riskier than their first. With time running out, the Company men closing in, and death all around them, Ryan and his friends must find a way to… ESCAPE FROM ARGUS 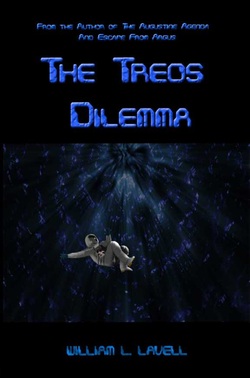 “This doesn't end for me until Jade Ryan is standing here. On this ship. With us.”

In the third chapter of the Vindicator series, Jace Ryan and his crew are drawn further into the Company’s long game, and Ryan’s sister Jade has become the latest pawn on the board. After six months of chasing the elusive Ryan and his crew, Commander Straker and President Aarla are now desperate to capture them. Straker devises a new plan to not only stop Ryan, but give Aarla deniability in the process. He enlists the help of Ryan’s old enemy, Tavion Karr, in order to spring his latest trap.

Ryan meanwhile, is still carrying on a seemingly hopeless search for Jade. He’s frustrated at every turn by misinformation and traps set by bounty hunters, and it’s all beginning to take a toll on his sanity. That’s when Karr contacts Ryan to tell him that he’s out of prison… and holding Jade prisoner! He’s holding her at his base on Treos, the third moon of the planet Bernadea. When Karr threatens to kill her if Ryan doesn’t come to Treos, he sets the stage for the Vindicator crew’s most dangerous adventure yet.

Ryan refuses to give up until he has his sister back. But Karr wants revenge, Straker’s trap is about to close, and to top it all off, Ryan is about to pay a heavy price in the face of a betrayal from the last person Ryan would expect…