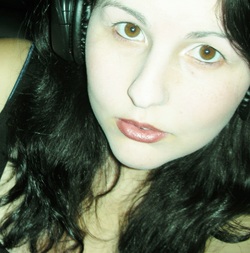 Rhiannon Paille was never a normal girl. She tried, but she couldn’t get rid of the visions, the voices in her head, or the hallucinations. When she was on the edge of crazy someone pulled her back and explained it all. She wasn’t insane, she was psychic, really psychic, too psychic.

Her life was an urban fantasy wrapped in a paranormal romance and served with a side of horror.

To escape her everyday weirdness she began writing fantasy. Her favorite is an epic fantasy series called The Ferryman and The Flame. Using her vast knowledge of metaphysics she crafted a story that’s not only original, but somewhat true. Straying from the YA trends, The Ferryman and The Flame is about girls that are powerful weapons, a boy that is a sexy ferryman and a land that is alive. Her first book, FLAME OF SURRENDER, will transport you to Avristar and make you wish you could stay there forever.

Her writing style has been called refreshing, emotional and sexy. Her favorite scenes are her “hot like wow” and “tearjerker” scenes. She likes writing about true love, kissing, falling in love, friendship, unimaginable odds, death, the apocalypse and tragic endings. 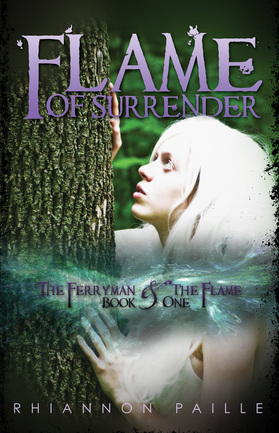 The boy who follows death meets the girl who could cause the apocalypse.

Krishani thinks he’s doomed until he meets Kaliel, the one girl on the island of Avristar who isn’t afraid of him. She’s unlike the other girls, she swims with merfolk, talks to trees and blooms flowers with her touch. What he doesn’t know is that she’s a flame, one of nine individually hand crafted weapons, hidden in the body of a seemingly harmless girl.

Nobody has fallen in love with a flame until now. She becomes Krishani’s refuge from the dreams of death and the weather abilities he can’t control. Striking down thousand year old trees with lightning isn’t something he tries to do, it just happens. When the Ferryman dies, Krishani knows that he’s the next and that a lifetime of following death is his destiny.

And Kaliel can’t come with him. The Valtanyana are hunting the flames, the safest place for her is Avristar. Krishani can’t bear to leave her, and one innocent mistake grants the Valtanyana access to their mystical island. They’re coming for Kaliel, and they won’t stop until every last living creature on Avristar is dead. She has to choose, hide, face them, or awaken the flame and potentially destroy herself.