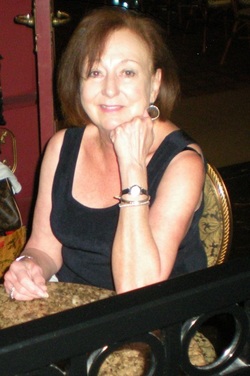 Mj Roë has studied, traveled and worked in France. She holds a degree in French and English and a graduate Diplôme from the Université de Pau et des Pays de l'Adour in France. She has taught writing and spent several years living and working in France as a business and marketing executive for a global high-tech company. Her debut novel, The Seven Turns of the Snail's Shell, was awarded honorable mention in the fiction category at the 2010 Paris (France) Book Festival and the 2012 Los Angeles Book Festival. The Blue Amulet, a romantic thriller set in Corsica and Provence, is the sequel to The Seven Turns of the Snail's Shell. It placed runner-up at the 2013 Los Angeles Book Festival. Her latest novel, As Darker Grow the Shadows, was released in August 2014 and received honorable mention at the London Book Festival. Mj currently resides in Southern California with her husband.

The Seven Turns of the Snail's Shell 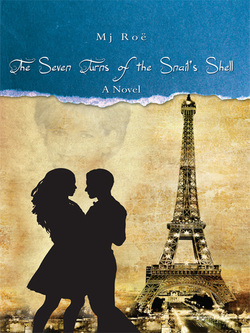 The Seven Turns of the Snail’s Shell is Mj Roë’s mesmerizing novel about the power of love and the uncertainty of life. In this highly charged and fast-paced story, love often takes a back seat to suspense and intrigue. With the backdrop of the magnificence of Paris and questions related to the tragic and often uncertain death of Princess Diana, Roë takes her readers on an imaginative journey as she poses the question: Was Diana in the car that crashed? Creating dynamic and complex characters, along with highly original story lines, we follow the exploits of two people who once shared a passionate love ― the American writer, Anna, and the dashing French doctor, Charles-Christian Gérard ― as they live parallel lives, while caught up in the same remarkable drama. Will they eventually be brought together? Will ten years of painful separation finally end? So many questions that require resolution, yet the absorbing issues surrounding their lives rage forward, carrying them along in a torrent of deception and suspense. The reader will be enthralled with the Paris setting and this rare look into French life. From France to Southern California, this is a story guaranteed to hypnotize and hold the reader’s interest from first page to last. 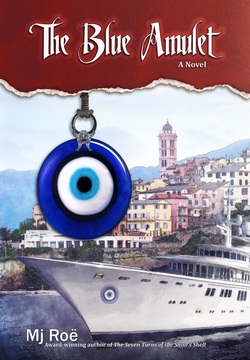 The Blue Amulet is Mj Roë’s sequel to her award-winning work, The Seven Turns of the Snail’s Shell. In this exciting follow-up, estranged lovers Anna and Charles-Christian are drawn into the violence of an ancient Corsican vendetta.

Anna, widowed by the 9/11 terrorist attack on New York City, returns to France and the home of her paternal grandfather Diamanté where she discovers her long-lost love Charles-Christian living under an assumed name on the island of Corsica.

Unbeknownst to him, when Anna left France she was heartbroken and pregnant. During their charged reunion, Charles-Christian meets the toddler, his son Luc, for the first time.

One day, The Blue Amulet, a luxury yacht owned by Greek playboy Nicolos “Nicko” Manos, sails into the port of Bastia. For years, Nicko’s family has carried on a violent vendetta against Diamanté’s family, resulting in the slaying of Diamanté’s father and Nicko’s grandfather. In retaliation, Nicko kidnaps Diamanté, but the wily senior escapes and blows up The Blue Amulet. Nicko, in turn, catches up with Diamanté, shoots him, stabs Anna, and absconds with young Luc. If Charles-Christian is to save his son he will have to risk his own life and his concealed identity.

Intense, piercing, and vivid, The Blue Amulet is a story of love and deception that packs enough cinematic action to intrigue readers of thrillers while following a couple’s repressed ardor for one another across a scintillating Mediterranean landscape.

As Darker Grow the Shadows - A Novel of the French Resistance 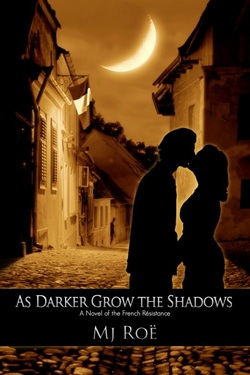 August 1939. As France braces for war, fifteen-year-old Diamanté Loupré takes his first steps toward freedom—far away from his hated stepfather and the Corsican village that once seemed like home. When he joins his older brother, Ferdinand, in Marseilles, the two are quickly swept into the Résistance, stirred to fight for a cause greater than their own family drama.

Spanning 1939 to 1945, this story not only tells of the dedicated companionship of two brothers but also heralds the remarkable spirit of the ordinary citizens whom they encounter along the way. But not all of their countrymen are as passionate about freedom from tyranny—and one in particular, their half brother, André Narbon, seems intent on retribution…against them.

As Darker Grow the Shadows is a thrilling coming-of-age tale set against the bleak but beautiful backdrop of Paris under Nazi occupation, and winding through the wine cellars, battlefields, and countryside of a battered-but-not-beaten France.