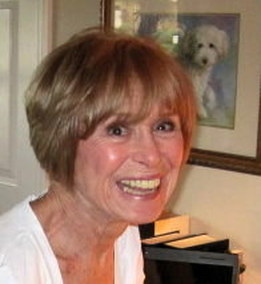 Samantha from Reader's Favorite raves, "Crosby writes the type of book you can't stop thinking about long after you put it down."

"Storytelling is in my blood," Crosby laughingly admits. "My mom was not a writer, but she was a captivating storyteller, so I find myself using bits and pieces of her voice in most everything I write."

It is the wit and wisdom of that Southern Mama Crosby brings to her works of fiction; the result is a delightful blend of humor, mystery and romance along with a cast of quirky charters who will steal your heart away. Her work was first recognized in 2006 when she received The National League of American Pen Women Award for a then unpublished manuscript. She has since gone on to win nineteen awards for her work; these include: The Royal Palm Literary Award, the FPA President's Book Award Gold Medal, Reader's Favorite Award Gold Medal, and the Reviewer's Choice Award. 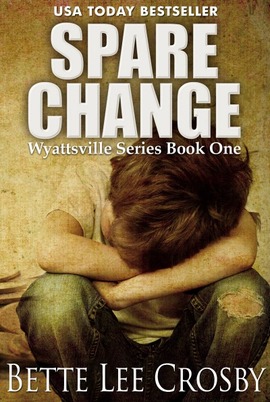 Olivia Westerly is superstitious to the core. She knows what she knows. Opals mean disaster, eleven is the unluckiest number on earth, and children weigh a woman down like a pocketful of stones. That’s why Olivia avoided marriage for almost forty years. But when Charlie Doyle happened along, he was simply too wonderful to resist. Now she’s a widow with an eleven-year-old boy claiming to be her dead husband’s grandson. Against her better judgment, Olivia takes him in.

With a foul mouth, dark secrets and heavily guarded emotions, Ethan Allen Doyle is not an easy child to like. He swears he’s got dead parents, and no other relatives. He was counting on the grandpa he’d never met for a place to hide, but now that plan is shot to hell because the grandpa’s dead too. Olivia claims she’s not his real grandma, but if she doesn’t let him stay, he’s flat out of luck. He’s got seven dollars and twenty-six cents, his mama’s will for staying alive, and Dog. But none of those things are gonna help if Scooter Cobb finds him.

Only two people know the truth of what happened the night his parents were murdered--Ethan Allen isn’t talking and the man who squashed his daddy’s head like a pumpkin wants to make sure he never does. Ethan Allen knows the same fate awaits him if Scooter Cobb catches wind of where he is. The only one who can stop it from happening is Olivia.

Written in a Southern voice, SPARE CHANGE takes place in the 1950’s and provides a poignant albeit sometimes humorous look at the weighty issues of love, loss, and adapting to change. 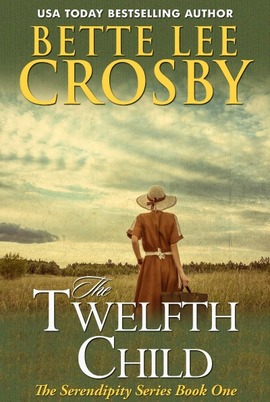 Be prepared to be swept away into the life of a girl who will tug at your emotions while never leaving your heart. Crosby has crafted a story that will enchant readers. Steena Holmes, bestselling author of Finding Emma

Trust, love and friendship—Abigail Anne Lannigan searched for these things all her life. Now, when she is at the tail end of her years, she teams up with a free-spirited young woman. A nobody from nowhere, who suddenly moves in across the street. This unlikely friendship comes under suspicion when a million dollars goes missing and a distant relative, claims embezzlement. Abigail knows the truth of what happened, but she’ll never get the chance to tell..

Reminiscent of Fannie Flagg’s Fried Green Tomatoes, the unlikely friendship of these two women is sure to settle in the soft spot of your heart.

Strong Female Characters without the “I am woman hear me roar” mentality. Crosby writes in a way that puts readers within the story so that they can visualize themselves experiencing the hurts and joys of the protagonist. A Book and A Review

I rarely give 5 stars for a book, but this book definitely deserves 5 stars! Crosby deals with timely issues such as caring for the elderly, greed, forgiveness, isolation, love, selfishness, and selflessness. If you like novels about strong women and relationships, you would probably enjoy this book. I have already lined up my next Bette Lee Crosby novel. Amazon Review

Cracks in the Sidewalk 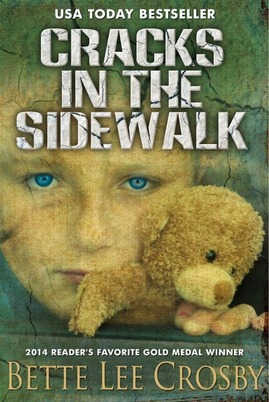 Based on a true story, Cracks in the Sidewalk is a heart-wrenching reminder of how fragile relationships can be!

Claire McDermott is a wife, a mother, a grandmother…

Her only daughter is gravely ill…

Her son-in-law is resentful and angry…

Her grandchildren are missing…

After years of writing letters, hoping to find the children, hoping to bring them back, Claire receives a reply…a dog-eared gray envelope is stuffed into her mailbox, but will it bring hope or simply put an end to the waiting?

A moving, emotional story…when I read this book I felt so moved, I was crying at then end…writing flowed beautifully…depth of characters and insight kept me turning pages. 5 Stars Bria Burton

A book that draws you in…With those first few words, I knew I wanted to learn more about what was going on, and the rest of the story didn’t disappoint me. 5 Stars Aleweb Social Marketing

Can a single letter change the lives of four people? Claire McDermott and her grandchildren are about to discover that letters are a journey of the heart that will ultimately bring people to their destination.

A compelling story…Written well, with a realistic, compassionate telling, Cracks In the Sidewalk will bring readers into the family, happy to be a part of it. 5 Stars, Angie Mangino

One of those stories that will stay with you long after you finish reading it. This book is so well written, and Bette Lee Crosby tells the story so beautifully, you can't help but become a part of it. Melanie Young, author, The Next Chapter

Fast read and a touching story…BookPleasures

Life in the Land of IS 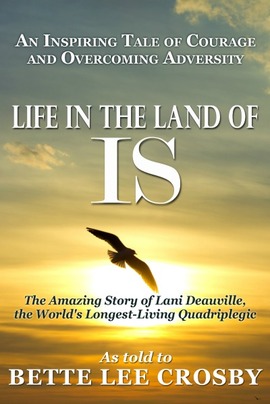 Life in the Land of IS…the Amazing Story of Lani Deauville is a memoir of the woman who is listed in the Guinness Book of Records as the World's Longest Living Quadriplegic.

According to the author, Bette Lee Crosby, “Lani Deauville is an absolutely amazing person. After spending 5 minutes with her, you forget that she is a quadriplegic. This woman has achieved more in her lifetime than many of us ever dream of doing. I am so honored to have been selected to write this incredible story.”

When Lani Deauville was seventeen, she fell victim to a diving accident that broke her neck, injured her spinal column, and left her a quadriplegic. That happened back in the 1950’s, when it was believed that a person with such injuries was unlikely to live for days, and most certainly not for over fifty years. But Lani willed herself to live and she did.

In the years that followed, Lani worked, paid her way through college and then through Graduate School. She became a Rehabilitation Therapist, worked for the Governor of Florida and was instrumental in the legislation that mandated all state-owned public buildings have handicapped access. She ultimately got married and, in her forties, adopted an infant and raised him. She also established her own health food supplement company and built it into what is now a thriving business…and all this is merely the tip of the iceberg. 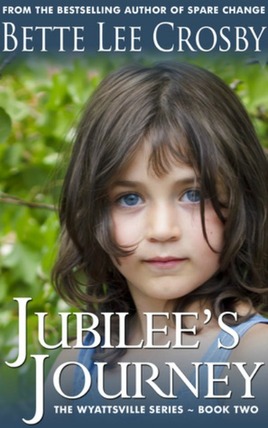 When tragedy strikes a West Virginia coal mining family, two children start out on a trek that they hope will lead them to a new life. Before a day passes, the children are separated and the boy is caught up in a robbery not of his making. If his sister can find him, she may be able to save him. The problem is she's only seven years old, and who's going to believe a kid? 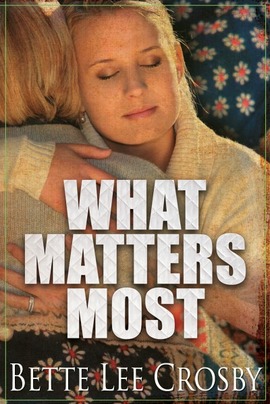 A heartwarming story of acceptance and coming to grips with reality. Louise Palmer is a settled-down person. A woman who wants nothing more than to remain in the same house until the day she dies. So, when her husband, Clay, announces an intention to quit his job and move to Florida, her life is thrown into a turmoil of mixed emotions and strained loyalties. Torn between Clay's desire for "the good life" and the lifelong friendships of her quilting club, Louise struggles with what to do...until her best friend suggests a scheme to thwart the move. Before she discovers the truth of what matters most, a marriage will be tested, family relationships will fall apart and the friendships Louise tried to hold on to will change dramatically. 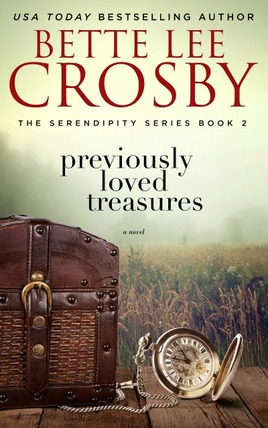 FROM A USA TODAY BESTSELLING AUTHOR comes a heartwarming mystery that is rich with imagination and magic. In Previously Loved Treasures, Book Two of The Serendipity Series, recently widowed Ida Sweetwater finds the granddaughter she never knew she had and turns a group of haphazard strangers into family.

Struggling to make ends meet, Ida turns her cozy home into a boarding house and goes in search of used furniture. This quest leads to the Previously Loved Treasures shop and Peter Pennington, a delightfully strange proprietor who anticipates people’s needs. In addition to bargains, Peter hands out sage advice. When a pocket watch belonging to one of the residents goes missing for a second time he warns of danger—but will Ida’s granddaughter listen and will she heed his advice?

This is a story that resonates with Crosby’s heartwarming albeit quirky characters and the joy of a pay-it-forward philosophy. 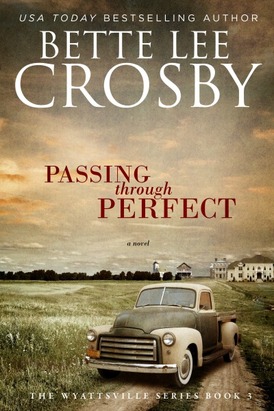 FROM A USA TODAY BEST SELLING AUTHOR COMES A STORY RIFE WITH THE INJUSTICES OF THE SOUTH AND RICH WITH THE COMPASSION OF STRANGERS...Book 3 in the Award-Winning Wyattsville Series.

It’s 1946. The war is over. Millions of American soldiers are coming home and Benjamin Church is one of them. After four years of being away he thought things in Alabama would have changed, but they haven’t. Grinder’s Corner is as it’s always been—a hardscrabble burp in the road. It’s not much, but it’s home.

When Benjamin attends a harvest festival in Twin Pines, he catches sight of Delia. Before their first dance ends, he knows for certain she’s the one. They fall madly in love; happily, impatiently, imprudently, in love. It doesn’t matter that her daddy is staunchly opposed to the thought of his daughter marrying a cotton farmer, never mind a poor one.

It’s true Benjamin has little to offer; he’s a sharecropper who will spend his whole life sweating and slaving to do little more than put food on the table. But that’s how things are in Alabama. Benjamin is better off than most; he has a wife, a boy he adores, and a house that doesn’t leak rain. Yes, Benjamin considers himself a lucky man until the fateful night that changes everything. 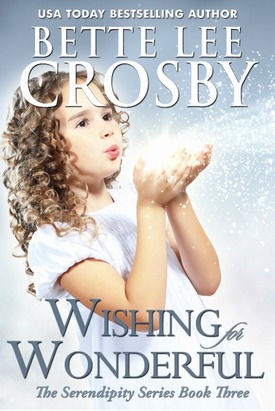 When seven-year-old Eleanor wishes John Gray will one day fall in love with her, Cupid vows to make it happen. It does; but then Life Management fouls things up and they both marry other people. Now that they’re single again, they’ve got a second chance at love, but there are problems. Big problems.

After a disastrous love affair, John’s daughter is coming home and she’s got a boatload of emotional baggage. In order to give Eleanor and John the happiness they deserve, Cupid must first find the girl’s perfect match. Not an easy task since she’s addicted to handsome scoundrels with sexy smiles. This time Cupid will need more than an arrow to the heart; he’ll need a bit of magic, a sizable miracle and a tail-wagging dog.

This revised version of Cupid's Christmas takes a humorous look at Father-Daughter relationships and is an uplifting book for women. It is a magical mystery that is flat out fun – Wishing for Wonderful an award-winning novel now available on Kindle is for the both the young and young at heart!