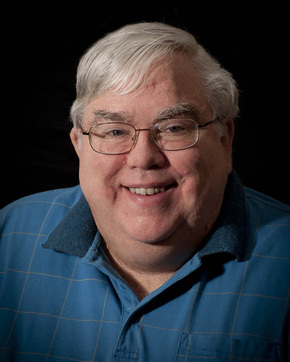 Dan Moore lives with his wife Diana near Syracuse, New York. He is a freelance video producer and the proud father of two sons, two daughters-in-law and three grandsons. Dan caught the Science Fiction bug by reading Robert Heinlein’s “Spaceman Jones” when he was in high school. He holds degrees in Electrical Engineering, Theology and Broadcast Production and Writing. 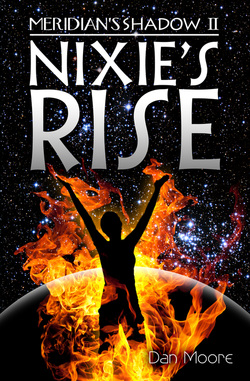 Nixie Drake is a seventeen year-old interplanetary smuggler whose world crashes down around her. She loses her ship and her crew in the aftermath of a foolhardy decision. She questions the loyalty of her friends and is shattered by their betrayal. Little does she know that she is in the cross-hairs of an old enemy. With her life crumbling and her confidence broken, Nixie discovers the secret of her beginnings and must decide whether she will be a victim, bound to her past or a leader who tenaciously pursues her future. NIXIE’S RISE is the second novel in the MERIDIAN’S SHADOW series by Dan Moore. 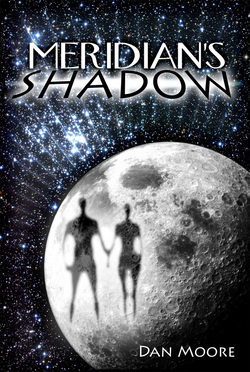 Hunter Logan must fight a battle to save his daughter and the world. When his team creates dangerous nanomachines to fight pollution, a saboteur's bomb destroys their lunar laboratory and unleashes the killer particles. Logan finds himself caught between the sociopathic leader of Meridian Corporation who wants the deadly nanomachines and a radical environmental group that wants to stop his work at all costs. Hunter is crushed by guilt. He and his family are driven across the solar system to an isolated research settlement and forced to recreate the killer nanomachines. Logan's daughter is taken hostage and enemies infiltrate his team. The stakes can't be higher as Hunter Logan struggles to find his daughter and stop his deadly creation that threatens the world. This is the first novel in the Meridian’s Shadow series.

The Rings of Alathea 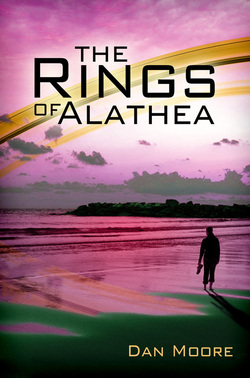 Earth has been rendered uninhabitable by an asteroid impact. A woman wakes up on a pod ship orbiting a mysterious planet with golden rings. She’s been asleep for five hundred years and doesn’t remember who she is. She wakes up in Jameson Stryker’s hibernation chamber, so they call her Jamie. Half of her companions have died. She is surrounded by strangers and haunted by her dreams. When they land, Jamie and the other colonists find themselves on the shore of an alien sea and surrounded by a strange jungle. Mysterious lights appear and their settlement is threatened by forces beyond their control. Jamie begins to remember the past and discovers an alien presence. There is much more to her than she ever imagined. Everyone’s survival rests on her shoulders and resides in her mind.