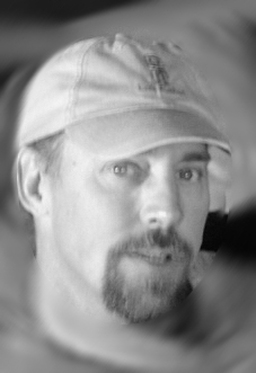 Zach Fortier has been a police officer for over 28 years. Curbchek is based on calls Zach was assigned during his career. Specializing in K-9, SWAT, Gang detective, Sex crimes investigator, domestic violence crimes investigator. Zach wrote Curbchek at the suggestion of a reporter who reported on the cases Zach was involved in. Names and some minor details have been changed to protect the privacy of those involved, without compromising the integrity of the story and the message of the book. I hope you enjoy the book. 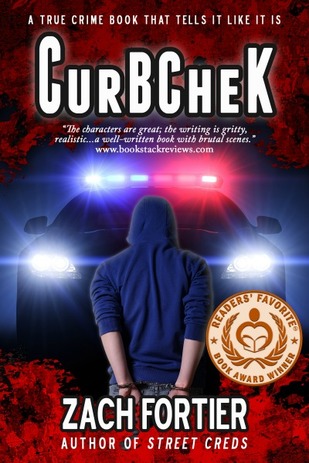 Curbchek debuted at # 11 on Amazon.com in Hot New Releases, and has been listed in the top five on Amazon's true crime best sellers listed at #4. Curbchek has been awarded a Bronze Medal  in the 2013 Readers Favorite International Book Awards

Curbchek is the story of a damaged cop, Zach Fortier. Fortier worked in the police department for the city where he grew up. One foot in the world of the cops, courts and legal system. The other in the world of gangs, drugs, thugs and street violence. Where the laws and rules are made by the strongest, the schemers and most brutal. Read about the transformation of Fortier from a green rookie to a damaged paranoid veteran seeing danger in every situation. Follow along as he walks this tight rope. Trying to make difference, breaking the laws he promised to enforce. This is a story of law and order uncensored.Synopsis: 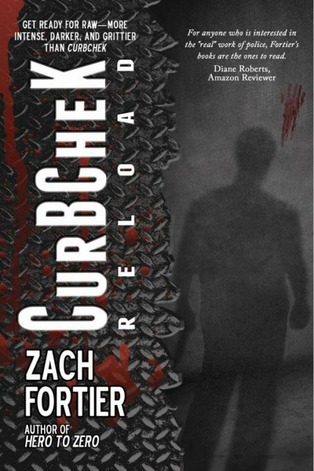 Curbchek-Reload is the third True Crime account written by Zach Fortier. Like the two previous books, Curbchek and Streetcreds, it is based on real events that happened to Zach Fortier during a thirty year career in Law Enforcement. Curbchek-Reload is a dark account of the final years of Zach's time spent as a cop, He is damaged and paranoid. Having survived frequent life and death battles. He is taking dangerous risks and pushing himself to the limits.  Sprinkled with humorous events to lighten the razors edge descriptions of the daily shootings, stabbings and, rapes,  Curbchek Reload has the highest rating of any of Zach Fortier's books.   If you like your true crime edgy and dark take a look at Curbchek-Reload. You will not be disappointed

Curbchek-Reload has been ranked #1 in true crime best sellers on Amazon.com 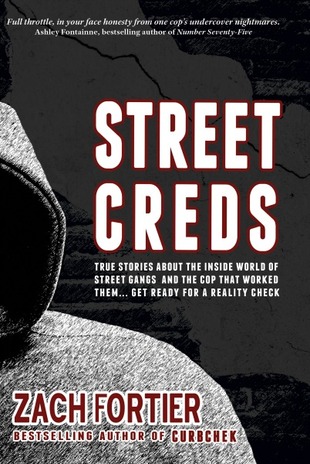 StreetCreds is a look inside the world of street gangs and the cops that work them. I worked the street for many years before I entered the Gang Task Force, joining it with the idea that I could rise to the level of violence of any banger I encountered - a really stupid idea.

I wanted to "earn back" the respect of the citizens for the police; I grew up in this city, and I worked its streets the best way I knew how, feeling that I had a firsthand understanding of what the citizens were experiencing. The increasing frustration at gang crimes, drive bys, robberies, never feeling safe with your kids in your own neighborhood - I wanted to do what I could to make that fear go away.

Once I was inside the task force, though, the reality was a rude awakening for me. The task force was poorly managed and staffed by detectives mostly out for themselves, and the internal politics made success incredibly difficult and almost impossible - almost, but not quite.

Witnessing bad cops, brutal crimes, and realizing the department had been compromised, the cost was much higher for me personally than I anticipated. I left the unit two years later, severely broken, edgy, and dangerously damaged. StreetCreds is the story of how all that came to be. Hold on for a reality check
~ Zach

Streetcreds has been ranked #2 in true crime best sellers on Amazon.com 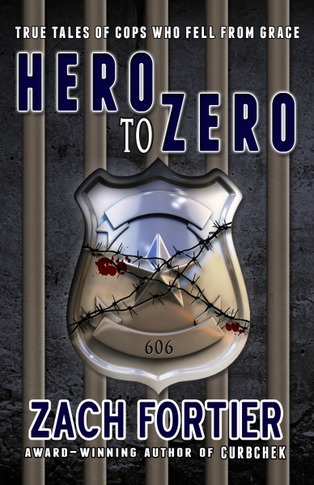 Zach Fortier is back with more true crime accounts from the streets. This time he deals with the subject of cops gone bad, including an account of one cop that made the FBI's ten most wanted list for a brutal, quadruple murder. It's hard to believe--and read--about so many police officers that fall from grace and make every mistake possible: theft, murder, fraud, drug abuse, and more. Not to mention the cops sent to prison, proving that "anyone is capable of anything given the right circumstances." Get a rare insider's look at what cops rarely talk about--true accounts of cops gone bad. It's a ride on the dark side of law enforcement you won't forget.