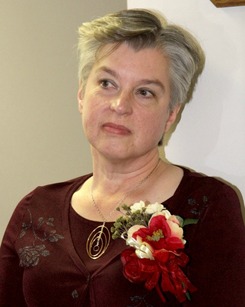 Long a resident of Ohio but most recently of Western Maryland, Yvonne Anderson is the mother of four grown children and five grandkids. For a number of years, between raising children, chickens, goats, calves, and a truck garden, as well as working part time as a legal assistant, she was too busy to read a novel, let alone try to write one. Early in 2002, however, the frenzy slowed enough for her to take a deep breath and dive in.

Some years later, she began writing the Gateway to Gannah series, science fiction from a scriptural perspective. Yeah -- it's different. The first book,  The Story in the Stars, published by Risen Books in 2011, was an ACFW Carol Award finalist in 2012. Words in the Wind followed in 2012. Yvonne self-published Ransom in the Rock in May 2014, and she plans to release the fourth/last title, The Last Toqeph, in the autumn of the same year.

Yvonne is contest administrator for the writers’ blog Novel Rocket,  named five times to Writer’s Digest’s list of 101 Best Websites for Writers. She is a member of American Christian Fiction Writers, The Lost Genre Guild, and International Thriller Writers, Inc.  She also works with the writers' blog The Borrowed Book, and until 2014 wrote for the Speculative Faith blog.

The Story in the Stars 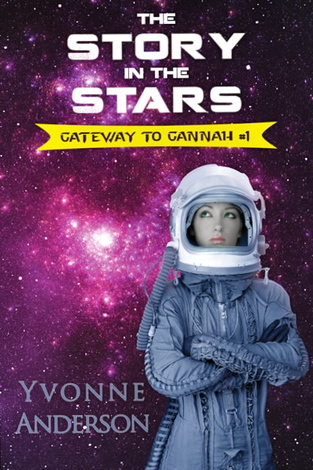 Ancient Gannah was well on the way to taking over the whole galaxy, until the people of Karkar engineered a virus that stopped them in their tracks. Now, eight centuries later, the plague has struck again. When the League of Planets receives the distress signal, Karkar-born doctor Pik is ordered to find a cure, despite his hatred of the whole Gannahan race. By the time he arrives on Gannah, it’s almost too late; Dassa is the only survivor. And she has a mission of her own.

Dassa and Pik survive a pirate attack, unsafe starcraft, food poisoning, vicious beasts, and a plane crash. But the hardest part is enduring one another’s company. The Creator who wrote the story of redemption in the stars has commanded her to share it with her reluctant savior. That’s not all He expects of her, but the rest is unthinkable.

Words in the Wind 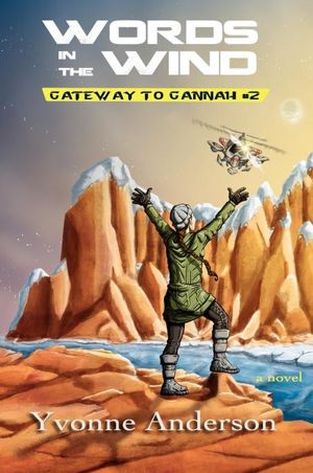 Marooned 10,000 kilometers from home, a lone survivor learns to separate reality from illusion.

Dassa's landing craft crashes on Gannah 10,000 kilometers from the settlement just as a blizzard sets in. Injured, she takes refuge from the storm in Ruwach Gorge. In the ancient Gannahan language, ruwach means both “wind” and “spirit,” and Dassa’s not sure which meaning applies. Seeking food and shelter, she seems supernaturally led to an older-than-old stronghold she recognizes from ancient legends—stories she’s been taught were myths. As she explores, she uncovers indisputable evidence that many things she thought she knew are in error.

At the settlement, her husband, Pik, must not only try to find her, but he also must take charge in her absence. Rebellious settlers and a wayward daughter make it difficult enough. But when the animals threaten to break the ancient treaty and resume the old Wildlife Wars, Pik’s hard-pressed to hold things together. He’s afraid that if he ever manages to find Dassa, she’ll have no home to return to.

Alone in the mysterious canyon where reality and fairytale are flipped, Dassa wonders the same thing. Though separated, she and Pik learn together whom to trust and what leads to death.

Ransom in the Rock