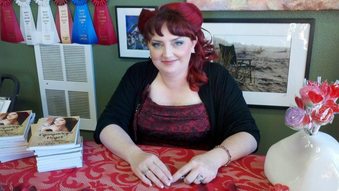 Yasmina is from a small town in the middle of...naw you know better. Yasmina is originally from Vancouver, WA and then by way of the Navy and college ended up in Grays Harbor County with her husband and her two kids and now the two black cats. Yes she has two of the furry beasts.

During the day she keeps the people happy or tries to anyway. At night she tries to keep her sanity by escaping aforementioned family to write down what the evil muses have shoved in her brain all day. She waits for the graduation of her kids (one imminent and one not so imminent) so that the house will become quite.

She listens to an eclectic mix of music when she writes, anything from Shinedown to Nora Jones and a little of The Asteroids Galaxy Tour thrown in for the fun of it.

Her sarcastic sense of humor has and will continue to get her in trouble but hey who cares?

Yasmina has been writing between cries of MOM and YASMINA for ten years and plans to write for many more.

Her first published stories were fanfiction for her favorite TV series but the first story she tried her hand at was Cassandra's Heart. 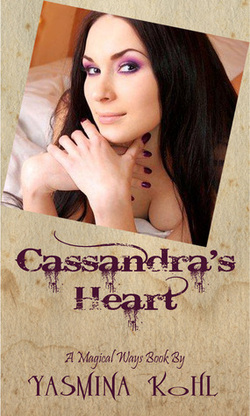 Cassandra St. James has lost her true love, or so she thought. Cassandra's friends are trying to get the empath to learn to live again.
​
James Austin never looked for love because he never thought he'd find it. James just wanted to find a better way of training a shy colt. Neither was looking for the other, but someone decided to put them in each others way. Trying to clear his mind James watches as a sad and lost Cassandra wanders in the park. He knows he should be thinking of Sparks, the colt, but he can only think of the sparks he feels from the brunette.
​
Cassandra knows she needs to move on in her life before her gift of empathy takes too heavy a toll, but she doesn't want to acknowledge the feelings that are stirred by the handsome man in the park.
​
Can they find their way to each other? 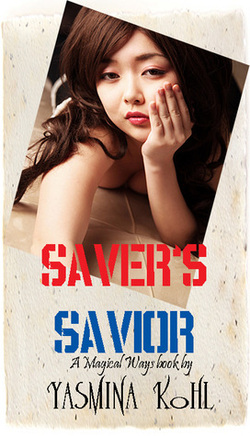 Xavier St. Cloud wants to hate the world, wants to be angry at it. He doesn’t want to be part of it anymore. He wants to go on and see the brother’s in arms that were killed before his eyes.

Emiko Nara is so afraid of the world she barely interacts in it. She has never stood up for herself ever, even after her family disowned her for something she never had control over.

When Emiko decides to stand up for herself for the first time in her life, it’s to a thief with a knife.
Xavier can’t help but react on instinct to the cries for help, and when he does he finds something that might just keep him from trying to follow his fallen brothers.

Can the shy little Emiko be brave and save the shattered Marine from his own personal hell?

Alexander has been on the run most of his life, but one wrong turn stops his running until he meets the man of his dreams. Too bad he didnt know he was looking for him.

Josh has watched his freinds and family find their true loves for years and he keeps trying to find his until he ends up in the ER because of a scared horse.
​
Now that Alex and Josh have found each other can they end up in each other's hearts?