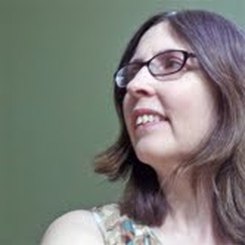 Wynn Mercere writes fantasy, horror, and historical fiction. She is the co-author of City of the Gods: Forgotten with M. Scott Verne. A promotional chapbook for this novel won the 2010 Silver Medal for graphic design in the PIAZ (Printing Industries of America, AZ/NM Division) Awards. City of the Gods: Forgotten is available in paperback from Amazon.com with a Kindle edition coming soon.

After taking a decade off to focus on family concerns, Wynn is reviving a writing career which was active in the ‘80s and ‘90s in the gaming and comics industries. Some older works, published under the names Debora Wykle and Debora Kerr, are still in print. These titles include the gaming books Citybook VII: King’s River Bridge and Maps 2: Places of Legend (published by Flying Buffalo, Inc.) and some issues of the Pantheon comic series (published by Archer Books and Games and available for purchase from Wynn herself).

In addition to the next volume of the City of the Gods series, Wynn has two other novels in process. Practical Knack is a fantasy/adventure story set in early 20th Century America. Praesentia is a horror story set in ancient Rome. When not writing, Wynn enjoys visiting historical sites, throwing theme parties, and collecting old U.S. coins. Contact the author

City of the Gods: Forgotten 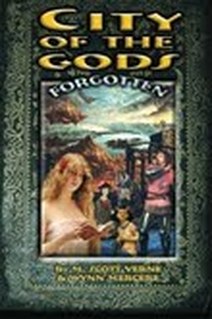 When the gods of old left Earth, they united to create a new world that mirrored their past glory. Most of mankind was left behind, but some humans were chosen to serve in the City of the Gods. One of these men, D’Molay, works for the ruling Council as a trusted courier. When a helpless girl under his watch is kidnapped, his efforts to recover her reveal her connection to a great beast which is ravaging the Olympian realm. His loyalty to the City is tested as his heart leads him to protect her against those who aim to exploit her powers for their own ends. Refusing to be a pawn of the gods, D’Molay pits his human guile against divine authority in an adventure that culminates in a battle for his soul’s redemption.

Download a sample of City of the Gods: Forgotten