Wright Forbucks is the author of The Walking Man and Even Steven. He lives in Massachusetts. In real life Mr. Forbucks is an engineer, award-winning inventor, and cartoonist. He is also married with children and a devout Red Sox fan. For further information about Wright Forbucks visit http://wrightforbucks.wordpress.com or follow him on Twitter at @wrightforbucks. He can also be reached by email at wright4bucks@gmail.com 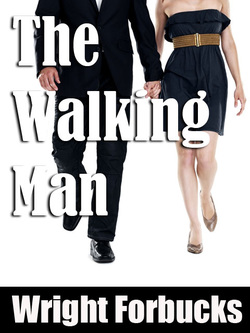 Loosely based on a true story, The Walking Man is a story of "persistence, self-discovery and redemption" that brings new meaning to the term "never give up." This original and wickedly humorous love story begins when a teenage boy is inexplicably paralyzed. His family tries to care for him, but tragedy ensues causing the young man to be institutionalized. At Leicester County Hospital, a facility dedicated to excellence in everything it does, our hero sheds his bitterness after "winning" a war with his surly roommate. He then finds love when a beautiful volunteer stops by to read to him. Despite their instant connection, paralysis and the "love" of a brute leads to a breakup that forces "the walking man" to devise a plan to win back the woman he loves. 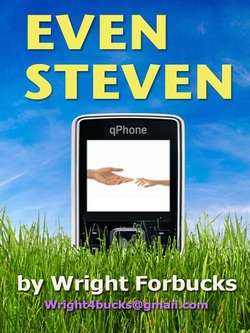 "Hysterical yet poignant" love-story-cum-thriller with a science-fiction flavor that spills into the spiritual elements of nature. Even Steven is a story about a widow and widower who meet in the tiny New England town of Apple after losing their true loves to murder and misfortune. Packed with an hilarious array of diverse characters and events, this "genre-bending" tale of love, death and the meaning of life, from the author of The Walking Man, is as fascinating as it is cheekily quirky.