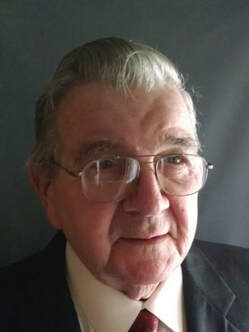 W. E. Anderson was born in Trenton, N. J. during the “Great Depression”. His desire was to become an architect, but family hardships prevented that pursuit. After leaving the military he worked as the assistant manager of an iron foundry in Trenton. After he married and moved to the Jersey shore, he became a surveyor for the National Lead Company. When the company moved its operation, he opted to stay in N. J. He worked as a letter carrier and continued part time in construction. Over the years he has worked in nearly every phase of building construction. When his three children reached their teenage years, he moved his family to Florida. There he opened a construction company specializing in remodeling work. In later years he managed various properties as a licensed community association manager, eventually retiring and moving to Tennessee. He is a widower, his wife of sixty-four years passed away from an illness in May of 2020.

He never aspired to be a writer, though in school his teachers tried to encourage him. He attempted writing in 1990 but that attempt failed. He took an interest in the bar code in 1989. In later years he felt compelled to write about what he had found in his study of the UPC. That pursuit took many years. Lack of support from friends and family over the years discouraged him, but continued discoveries fueled his enthusiasm for the numbers, eventually producing “The Bar Code Puzzle”. Continued revelations and encouragement from those who have read the early manuscripts may well produce a second book of the same genre.