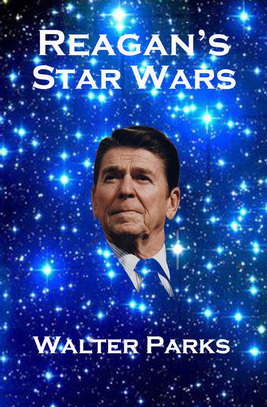 President Eisenhower understood how Washington worked. He left us a warning:
Beware of the Military Industrial Complex.

I not only witnessed his warning being ignored, I participated in using the power of the Military Industrial Complex during my aerospace career.

Reagan’s Star Wars describes why and how the Military Industrial Complex gave birth to the Strategic Defense Initiative known as Star Wars.

By the early 1980s it was becoming clear that the USSR would fail. The major US Aerospace companies who were dependent on military spending were growing concerned that peace would be declared and the military budgets would be significantly decreased.

They had to do something!

Most of the major US Aerospace Companies maintained a study staff to assess military needs and likely budget actions; and, of course to try to influence such actions and budgets.

I know the details of the Martin Marietta Aerospace Company’s studies and the resulting pitches to the military, congress, NATO, and all affected agencies including the President because I was a corporate Vice President and well aware of our studies. I also had some awareness of such studies at Lockheed Aerospace Company because we had a close relationship with them.

Their studies viewed the sharp drops in military budgets at the end of military threats like World War II, the Korean War and Vietnam. They feared that peace would break out and the budgets would be significantly decreased, maybe even as severe as happened after World War II. President Carter had already dropped the budget to the lowest it had been in over 25 years.

The US military budgets would certainly be decreased. What could the Aerospace Giants do to continue our enriched lifestyles?

They reasoned that seeking funds for new weapons in a peace time or seeking funds to “patch” existing weapons would not result in the magnitude of budgets that they needed.

They put a study together that showed the merits of pursuing a leap frog to the current weapons technology and jumping into technology of the future. They started preaching such a strategy to the US military, to Congress, to the President, NATO and any agency that would listen.

The pitch got honed until it began to make sense. The Strategic Defense Initiative, later known as Star Wars, was about to be born.

We honed our pitches first with the military staffs in the Pentagon, then the staffers of the key military committees in Congress. Then we were ready for the President.

I remember a key pitch to the President that I believe really convinced him in the merits of pursuing a leap frog to current technology. The pitch was about how we could use the workings of the brain of a tiny insect to control the battle field. 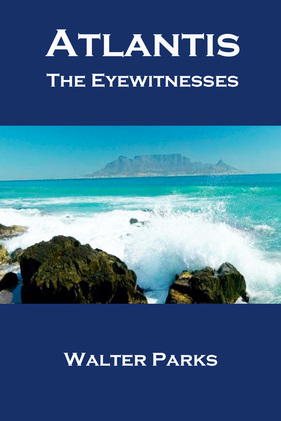 Many have believed that Atlantis was a fiction created by Plato. Well Plato was not the first to write about it.

We have found a very much earlier document. It was written in 9619 BC, about 9,250 years before Plato’s writing.

This ancient document is believed to be the oldest document that has survived almost intact down through the ages.

Further, archaeological finds and scientific evidence provide convincing proof that Atlantis really did exist. We believe that we have assembled enough evidence to prove that Atlantis was real.

We structure the evidence that we found as answers to 3 basic questions. First, if Atlantis did exist how was it created?

If Atlantis existed, did it influence anything; leave any evidence of its existence; leave a legacy?

If Atlantis did exist where are its remains?

Read and you will become convinced.

Aging is a Treatable Disease 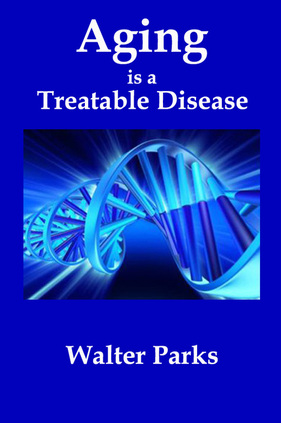 New advances in medical science and the unraveling of the human genome are providing us great insights to the aging process.

We can now significantly increase our healthy longevity and live long enough to take advantages of the even newer technologies being developed.

The overall deterioration of the body that comes with growing old is not inevitable. Aging is a treatable disease.

So if you want to increase your chances of living a long and healthy life, maybe even becoming immortal, you need to learn what you can do today. It is not very hard, you do not have to go to the extremes to get great benefits.

But you do need to learn what to do and take action.

This book describes 7 programs that you can begin today to dramatically improve your health and longevity.

The book also describes some of the Anti Aging Developments being prepared for the Future.

And finally the book discusses how you can select elements from all of the above to create your personally tailored Anti-Aging Longevity Program.

Don’t wait around to die. Join the race for immortality.

Paranormal Portal to a Parallel Universe 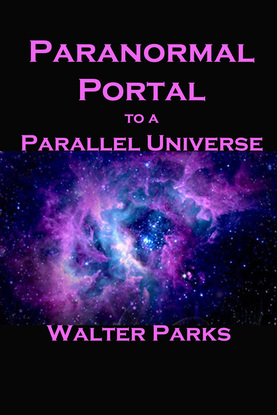 My friend Dr. Robert (Bob) Russell said that he knew a girl that could communicate with the dead. I didn’t believe him. He invited me to an “encounter” to prove it.

We went to a very weird old house where a Paranormal Investigative Team was working. The team was led by the girl Amy, about 25 or so. She had another girl and 2 guys about her age as the rest of the team.

They had some pretty sophisticated equipment that recorded the event in detail. The temperature sensing equipment showed significant and rapid temperature drops when the "entities" appeared.

Their electromagnetic sensors recorded the spikes of appearance and higher than normal levels as their presence continued.

Their acoustic equipment recorded static "noise" and varying levels of frequency specific hums with their presence.

Amy and one of her other team members, Ted could detect all of this much faster than the other two team members and my friends Bob, Mike and I could.

Amy explained that when “entities” came over into our world that they need energy to materialize. That’s why it gets cold when ghosts, or whatever, come on the scene. They suck up the energy from the room or area so they can come into being.
The more energy that they are able to absorb, the more visible they become.
Amy asked if I believed that people had souls. I told her "maybe".

Amy stared at me for a moment and then the detail explanations began. We discussed the soul, ghosts, paranormal events, parallel universes to the point that we all became believers.

I became so convinced that I set out on a data collecting research project to try to determine the science behind paranormal events. I tried to determine that, if there is a soul, how can it exist and be explained scientifically.

I used my findings and the inspiration from the paranormal encounter to write a film script about the experience. Read the book and my imagined script and you may also become a believer. 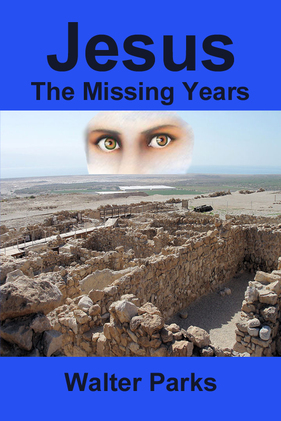 The Bible tells us of Jesus' birth and of His being in the temple in Jerusalem when He was a boy of 12. But then there is no further mention of Him until about 20 years later when He starts His ministry.

Where was He? Why did the Bible not say?

After an intensive search and study of The Dead Sea Scrolls and other ancient documents Mr. Parks found where God gave instructions, through His Prophets, for the preparation of a place in the wilderness for His Son Jesus. The instructions were followed. A place was prepared. And it was at this place in the wilderness that God's human Son was secluded during his formative years. It was there that Jesus prepared to become the Messiah.

Mr. Parks learned how and to whom God gave the instructions of exactly how to prepare His Son.

He learned the reason for secrecy of the whereabouts of Jesus during this period of seclusion.

This book is a Bible Story that is greatly enhanced with findings from the Dead Sea Scrolls and other ancient documents. It describes the formation of the parables of Jesus and gives insights into prophecies for our future.

Readers are invited to see how and where the preparations for Jesus were made; to see photographs and computer generated re-constructions of the ruins of where He was secluded; and to read some of the scrolls and ancient documents that Jesus studied while He was secluded. 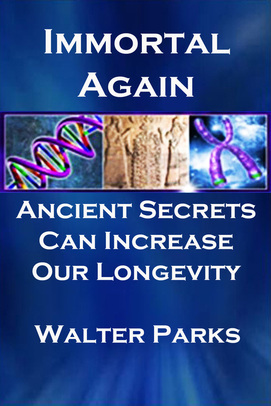 Ancient literature from the Bible and the clay tablets of Sumer tells us that Methuselah lived 969 years and that the Babylonian Kings lived even longer. Ancient Indian literature tells us that they drank soma juice from the tree of life to achieve these old ages.

I believe I have found the secrets of the ancients.

Combing the ancient secrets and the decoding and unraveling of the human genome indicates that we can soon have the means to live such long lives.

The science suggests that we may be able to eventually free ourselves of aging and, like the ancients, become Immortal Again.

Immortal Again tells the story of the re-discovery of the Biblical "tree of life", and tells of today's activities to become immortal again.

Dr. Hayflick discovered that the natural age related erosion of the telomeres at the ends of our chromosomes limits our lifespan to about 120 years - just as the Bible had told us. This is now termed the Hayflick Limit.

Dr. Harley, et al at the Geron Corporation recently found a way to re-grow the eroded telomeres such that our cells can continue to function indefinitely.

He made human cells become immortal.

The ingredient used by Dr. Harley that made the cells immortal is an enzyme called telomerase. Our bodies secrete it when we are rapidly growing embryos in our mother's womb, but our bodies do not produce it very long after birth.

Did the ancients consume telomerase from the tree of life?

Many now believe that Aging is a Treatable Disease

Immortal Again describes the ancient documents and the modern research that may allow us to become Immortal Again.