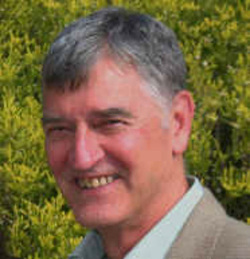 Blake grew up just south of Las “Cruces, New Mexico, where he spent his spare time in his World War Two surplus jeep exploring the desert. Sometimes he just sat and listened to old timers tales of Geronimo, Pancho Villa, and Billy the Kid, but it’s their tales of spirit beings and aliens that still send chills over his skin.

“I never saw one nor did they harm me,” he says. “However, there were times in the middle of nowhere I would feel another presence, tingling on my skin or the hair on my neck or a clench in the gut. I would move out fast. It helped to be in the jeep, but if I was on foot, I moved quickly and respectfully and didn’t look back.”
Still he was there every weekend.

Today he weaves his love and respect for the desert, along with bits of what he’s heard and seen, into his stories.
A licensed Professional Engineer in the State of California with Masters Degrees in Energy Conversion and Urban Planning as well as experience as a college math instructor, Blake includes a dash of science and technology in his writing. Although it’s considered a sin, he may cause a non-science type to consult a dictionary from time to time. He says, “Reading my stories should be fun, and part of the fun is learning new things.”

For some they’re new and for others they’re old, but Blake includes a list of interesting topics in his writing. From ancient aliens to the Kaballah he tends to come at it from a new angle.

He is currently writing the science fiction series, The Shaman Gene, which gives a view of the world that is much different from what we have been taught to believe. Blake says, “Most sci-fi writers create alternative worlds—I take our world and twist.” And he adds, “My characters are fictitious, but the underlying principles of the stories are correct."

A sample anthology, "2012: ETA", has been released for free at Smashwords, and for a small fee at Amazon. We plan to release the first novel, "A Far Traveler", this year, a 2012 comemorative, so to speak. Two more novels in the series—Panther Watches and Seekers of the Scroll are in draft. Blake is interested in feedback on the format of "2012: ETA", an essay or two followed by the related sci-fi story.

Blake is a member of California Writers Club. 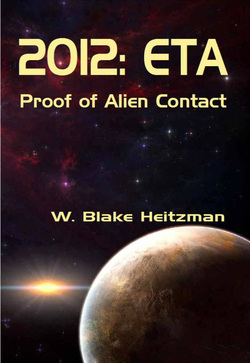 Sci-fi anthology with an introductory essay

2012:ETA begins with "The Math of Alien Contact", an essay showing that aliens know about Earth. It follows with five sci-fi stories of aliens who walk among us, even breed with us, without detection. Whether you believe 2012:ETA is pure fiction, or part fact, you'll never look at the world quite the same again. Version 4 has been fully edited. 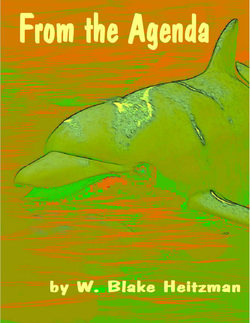 Terrestrial beings from a distant planet have established commerce with others throughout the galaxy but they still haven’t recognized the rights of the aquatic creatures that share their world. Then one night the heroics of a teenage girl and an aquatic troubadour open the doors for interspecies communication. This novelette is also included in "2012: ETA".