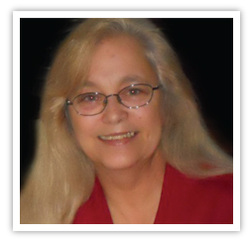 I love words, spoken and unspoken, and delight in the sound of them whispering stories to me through everything that life presents to me.  As soon as I learned how to write, I was off and writing! As I progressed on my journey in life, I learned to further develop my writing skills as a tool of survival and creation that would uplift me through anything dark and enrich everything else with brilliant radiance. As such a mosaic of life and living is my interest, I write in many genres.  Though I had to learn to live on this plane of reality, mankind’s earth, and to do so with positive energy and spirit; it is from my mind and heart, in my universe of words, that I truly live.

Virginia has travelled extensively and is currently settled in Ohio with her family. She has worked primarily in the field of alcoholism and drug abuse as well as having been a foster parent and mentor to teenagers. Her experiences encompass the heights and depths of the human spirit, enriching her writing with the faith, courage, and hope that she has found and shared with so many.

“Writing is not, for us, an art, but breathing ~Anais Nin 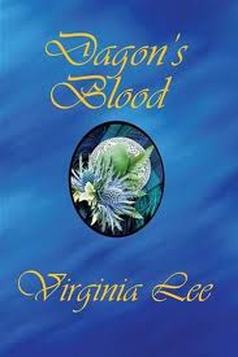 The Jacobite Rebellion of 1745 Scotland casts its great shadow over the land, irrevocably changing the course of Lady Leigha Clairemont’s sheltered young life when her home is attacked and her father, a known Jacobite, is killed by the invading English soldiers. Taken captive by the commander, Captain Simon Montieth, she escapes and leaves the man for dead, a man who will not stay down! Thus begins her journey that takes her from war torn Scotland into the Mediterranean and then on to the slave markets of Constantinople. Her heart is tossed and torn between the love and desires of three men. Despite the adversities and heartbreaks, she overcomes the winds of fate and the wills of men, maturing from her innocent youth into a courageous, beautiful woman who stands free and strong at last.

Journey with Leigha as "Dagon's Blood" weaves through the rough seas of her heart. Get to know her and the men who love her.

Leigha is beautiful, spirited, and intelligent; a dynamic combination that sets men's hearts afire! Lost in her innocence of the times, life awakens her to her inner strengths and she boldly sets her own course!

Simon Monteith, a heart hardened warrior who trembles at Leigha's touch upon his soul. He deserts the king's army to find her, posing as his twin brother to gain access to her friendship. With his mind so set on vengeance, he is unaware until it’s too late, that his heart has other plans!

Robert Dagon, son of Scottish Laird Charles Dagon, lost his heart to Leigha when they were children. He has “visions” which foretell of her capture by pirates; and of his death. He discovers that alcohol will block his painful fears and becomes a prisoner to his need of it as he races against time to find her!

Turk, a pirate captain, partners with slave traders to capture Leigha from Simon, knowing that her beauty would bring them a great fortune from the sultan. Once he has her, he becomes so captivated himself by her spirited beauty that he will not sell her!

And what is the mystery of Dagon's Blood, the hidden secret that affects the lives of all?
Five star review posted on Amazon.com:

Excitement and intrigue abound in this book. It’s filled with drama, suspense, romance and more action than the pages can contain. Diabolical schemes of epic proportions entertain and delight you with mind blowing twists and turns through a labyrinth of plots. You won't be able to catch your breath nor put it down, this book draws you in from the beginning and keeps you hooked until the end.