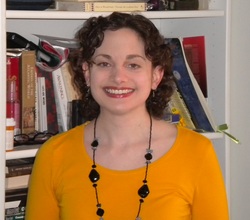 Victoria Grefer is a New Orleans girl, born and raised, with an appreciation for the charm of the Deep South. She has a bachelor’s degree in Spanish and English and a master’s degree in Spanish literature, all from the University of Alabama. She started college as a journalism major and worked a year as a staff reporter for the Alabama student newspaper, “The Crimson White.” That experience that helped her realize, once and for all, that her love for writing lay with fiction. She started enrolling in creative writing classes the following semester.

From the age of six, Victoria dreamed of becoming a novelist, and her writing career began in the third grade with a series of stories about herself and her friends solving mysteries. In high school she fell in love with the fantasy genre, and started writing fantasy as an undergraduate student. She currently resides in Chicago, IL, where she spends her free time promoting “The Crimson League.” She is a doctoral student at the University of Chicago, where she teaches Spanish and hopes to write a dissertation that links contemporary fantasy literature with the picaresque novel of the sixteenth and seventeenth centuries. She has studied abroad in Spain, the Madrid region, two times, and can’t wait to get acquainted with Latin America. 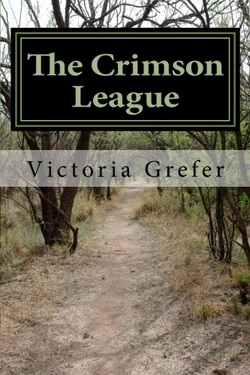 What would YOU do if you were seventeen, a woodworker’s daughter, and your kingdom’s sorcerer-dictator was determined to see you dead?

Join Kora Porteg in the kingdom of Herezoth as she aids her homeland’s organized resistance. Opposing the sorcerer who slew the royal family, Kora soon discovers she’s a sorceress herself, as well as the unwitting subject of an old and often mocked legend. Though she accepts she can have no place in Herezoth after civil war should end, she fights alongside the usurper’s sister, a thief, a scholar, two telekinetic brothers, and other members of the group that calls itself the Crimson League. As their prospects deteriorate, the League has no choice but to make a final stand against its foe and the army that supports him.

“The Crimson League” is the first in a trilogy of novels about Herezoth and its magicked inhabitants, as they struggle to make names for themselves, or simply to survive, against prejudice and evil. 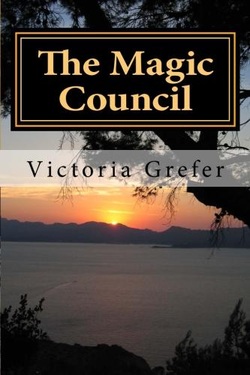 Continue the saga of Herezoth and its magicked inhabitants with “The Magic Council,” sequel to “The Crimson League” and the second novel in the Herezoth trilogy.

When a group of politically active sorcerers kidnaps the king’s children, Zacry Porteg, a sorcerer himself, returns to Herezoth with Vane Unsten, the kingdom’s only living noble-born sorcerer who had been studying beneath his care. Join Vane as he struggles to reunite the princes with their parents and to overcome the spirited opposition he faces as he claims his father’s title, Duke of Ingleton, and forges a place for himself in King Rexson Phinnean’s court. There are those who would prefer the nephew of Zalski Forzythe, the former sorcerer-dictator, to remain dead in the eyes of the kingdom, and such views lend adventure to politics and danger to romance….