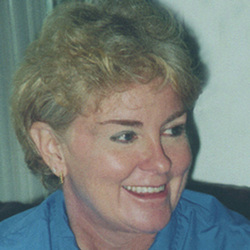 Victoria Brown worked in the communications industry for over thirty years, most recently as President of her own firm, Victoria Brown Marketing Communications. VBMC clients included Motorola, The Boston Globe, Citrix, CBS SportsLine, Vitacost, and Liberty Mutual. Ms. Brown grew up in northwestern Pennsylvania and lived in the Boston area for twenty years. She has a degree from the Newhouse School of Public Communications at Syracuse University. She has two grown daughters and is currently basking in the sun in Boca Raton, Florida where she lives with her two miniature dachshunds and a cat named Puppy. Zemsta is her first novel. 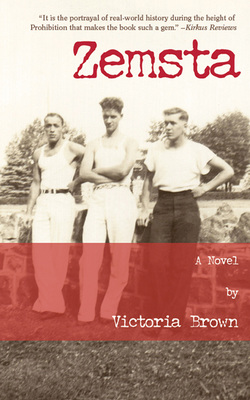 When Good People Do Something Bad

Zemsta is a powerful, character-driven story about Kurt, Nickels, and Charlie, three boyhood friends in Prohibition-era Akron, Ohio that explores the meaning of friendship, family, love, and loyalty. Their childhood abruptly ends when Nickel’s father is framed and imprisoned for murder. When Albo Jablonski is falsely convicted, it sets in motion a series of events that keeps you guessing until the very end.

Zemsta includes many details of life from this bygone era--of immigrants working in the rubber factories, the WCTU, Cleveland Indians baseball games, speakeasies, bootleggers, political corruption, and much more. At that time, Akron was a fast-growing center of manufacturing considered the "Rubber Capital of the World." Immigrants arrived daily to find work in its many factories. And like so many American cities at that time, there were distinctions of class, race and religion. It is within this setting and period that Zemsta unfolds, replete with memorable characters and interspersed with actual historic events.


"It is the portrayal of real-world history--the height of Prohibition, the early days of cinema--that makes the book such a gem. A nostalgic, authentic novel that charms with its vintage hue."
--Kirkus Reviews