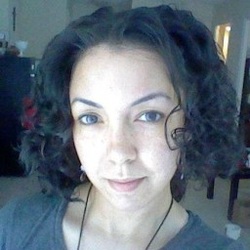 Venus Angelica Perez grew up in Bensonhurst, New York. She moved to Suffolk County, Long Island and a few years later, joined the United States Marine Corps. She was honorably discharged in 2003 due to her physical ailments and was granted a disability rating from Veteran’s Affairs. She is now a disabled veteran who copes with her pain through different forms of art to include writing, painting, photography, and poetry.
Her first book, Mentality Listens, is a compilation of her own poetry that was written throughout the years while she struggled through her most painful days, hours, minutes, and even seconds of her life. It is unlike any poetry that’s out there on the market or has ever been on the market for poetry. It is truly a book geared towards those who are struggling or know someone who is struggling with physical, emotional, mental, or spiritual pain.

She is in the process of publishing her first Novel, The Medallion, which is part of a Trilogy series called, “A Christian Mafia.” It will be available later this year in 2012. 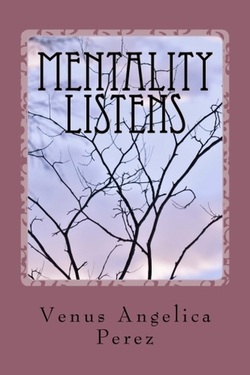 Imagine going into a bookstore, choosing a book, opening it up, and discovering that YOU are the main character! Truth-filled words will take you to a whole different level of poetry. Written by a former Marine and a current disabled veteran, Mentality Listens is truly one of a kind. You will never find a book like this one.

In the streets of New York and New Jersey, there is a war going on, though some people prefer to ignore it, and two men will determine the outcome of this war. Little do they know that an eighteen year old atheist girl is about to change their lives with the help of God, a homeless man, and a friend. The three will go on a long journey deep inside the Mafia to fulfill their purpose. But no one can imagine how deep the Mafia runs. And no one will believe it when it is revealed. Only one piece of medal will protect them from the dangers they face, one piece anointed by God. That piece is called The Medallion.