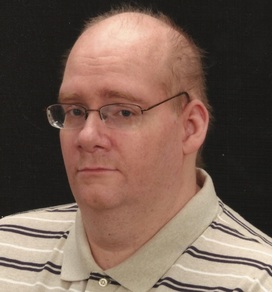 Troy Veenstra grew up in the city of Wyoming Michigan. He was born the eldest of two brothers and two sisters. In 1998 after the death of his father (Age 51), who he quit school to care for, he went to live with his maternal grandparents, living with them until they passed away one after the other in 1999.

In 2000 his friend and mentor, John Collins, sensing Troy had much more potential than he realized paid Troy to go back to school, where he obtained his High School degree. Throughout 2001-2003 Troy attended Grand Rapids Community College majoring in English & Criminology Studies. Later in 2004, he transferred to Davenport University studying in the area of Law, and received several scholarship awards from various foundations, twice obtaining an award from the Grand Rapids Foundation.

In late 2004, he became a member of the Kent County CASA Program (Court Appointed Special Advocate for Abused and Neglected Children) and served as a child advocate until health issues prevented him from doing so in late 2008. 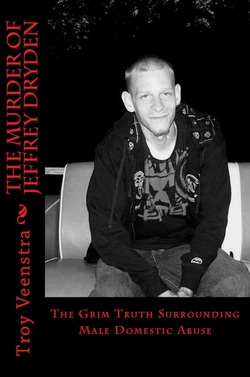 At 2:45 am on the humid summer morning of July 18, 2010 Jeffrey Dryden, a 28 year-old male returned home after hanging out with his twin brother. In the moments that followed, evidence indicates that his live-in 21 year-old girlfriend stabbed Jeff in the neck as he attempted to flee from her after an altercation erupted over her cell phone. Jeff ran out of the apartment before collapsing feet away from his car just outside of the apartment, he was pronounced dead shortly after Police arrived on scene.

His alleged girlfriend, Chiquita R Fizer, was taken into custody and subsequently charged with Second Degree Murder in Jeff's death. In the days and months that followed, it became clear that Jeff had been living a secret life, a life that our society does not currently recognize nor socially accepts as existing. Jeff was the victim of Male Domestic Abuse, the batterer, his Female Girlfriend.

This book details the days and months leading up to Jeff's Murder. It further goes into detail on the hearing and trial of his abuser and murderer, now serving 14 to 45 years in prison for the death of Jeffrey Dryden. Furthermore, this book exposes the truth behind truth in regards to the highly ignored and purposely overlooked disease known as Male Domestic Abuse... Men being abused by their Female Lovers...

Titanic: Echo of the Dying Confession 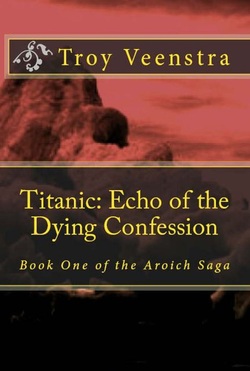 Think the HMS Titanic hit an iceberg by accident? Think that the whole situation befalling the steamship was clearly a situation of being in the wrong place at the wrong time? You might rethink your answer once you read this novel.

Titanic: Echo of the Dying Confession is the historical, supernatural fiction, based specifically around the factual details surrounding the design, creation, and ultimately the sinking of the steamship Titanic opens a new door as to what caused it to be destroyed.

"With accuracy and a readable style of writing that captures the Victorian/Edwardian manner of speaking, Troy Veenstra has retold the story of the steamship Titanic's sinking. "Titanic: Echo of the Dying Confession" tells of the English narrator's anger against Americans for taking over his father's failing shipline and how that anger turns to revenge as in his fury, he sells his soul to the Devil.

That the narrator has to witness and then regret the horrors of his demands makes this a highly recommended Christian novel without the platitudes and preaching dialogue that often revolts readers.

The Heat of Passion Doctrine: Killing your Spouse and Getting away with Murder 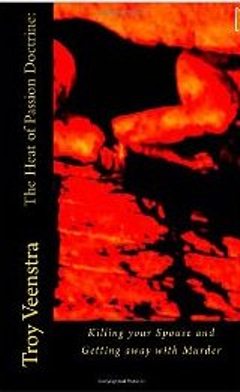 n Maryland, 1994, Kenneth Peacock returned home to find his wife of several years having sex with another man. After chasing the man out of his house at gunpoint, he spent the next several hours drinking and arguing with his adulterous wife before shooting her in the head with a singe shot rifle, killing her instantly.

Thanks to the Heat of Passion Doctrine Defense, Peacock was able to get his charge of First Degree Murder reduced to Voulntary Manslaughter, a chare of life behind bars plead down to just a 18 months in a work release program.

Few Americans may be aware of this mockery of our justice system, nor may they realize that this legal tragedy is an allowable defense for both Husband and WIVES. To kill their significant other in cold blood and legally -- get away -- with Murder!


Reasons to be Missed 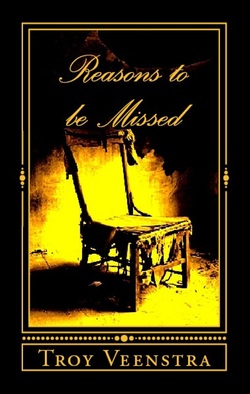 Meet 26 year-old Elizabeth Hunters. A single woman, still living with her parents. She never went to college, never found true love or a job, she was a woman that didn't really begin to know the meaning of life, and how she wanted to live it, until the day she was found out she was dying...the day her life turned upside down. The day her life found meaning.

Sample of Reasons to be Missed


Kindergarten Class for the Highly Gifted: First Semester: The World of Emilee 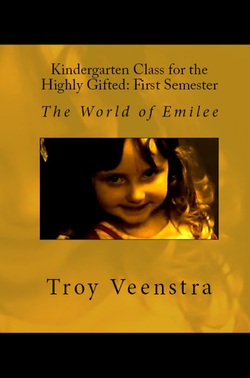 Little Emilee and her best friend Victor (Vicky-Vick) have been blessed with the gift of having very high intellects, sadly, being extremely smart at the age of 4 can, at times, lead to interesting, if not highly comical issues and situation. Common sense defined by a Four Year Old SMART ASS!
Cover Attached as "Emille COV"