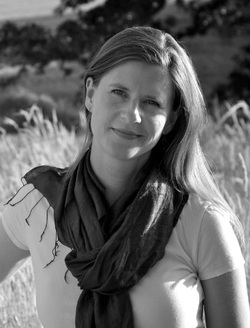 Originally from Racine, Wisconsin, Tina Boscha now lives in Oregon’s Willamette Valley with her husband and stepdaughters along with two nutty boxers and one silly black cat. She teaches composition and technical writing at the University of Oregon and Lane Community College. In 2002 she received her MFA in fiction from the University of Oregon and is a 2006 Oregon Literary Arts Fellowship recipient. Her work has been nominated for a Pushcart Prize, and for her next novel, she is working on a good old-fashioned ghost story. In her spare time (ha!) she sews and knits.

River in the Sea 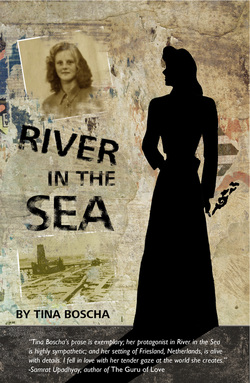 At fifteen, Leen De Graaf likes everything she shouldn’t: smoking cigarettes, wearing red lipstick, driving illegally, and working in the fields. It seems the only thing she shares with her fellow Dutchmen is a fear of the German soldiers stationed nearby and a frantic wish for the war to end. When a soldier’s dog runs in front of Leen’s truck, her split-second reaction sets off a storm of events that pitches her family against the German forces when they are most desperate – and fierce. Leen tries to hold her family together, but despite her efforts, bit by bit everything falls apart, and just when Leen experiences a horrific loss, she must make a decision that could forever brand her a traitor, yet finally allow her to live as her heart desires. Inspired by the life of the author’s mother, River in the Sea is a powerful and moving account of one girl reaching adulthood when everything she believes about family, friendship, and loyalty is questioned by war.