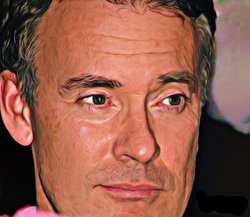 A magazine editor and writer, I live in Maine with my wife and sons and our family dog, a black lab who is always on the wrong side of the door! Our house is a stone's throw from the ocean. When the mist rolls in or on snowy winter nights, we can hear the fog horns from three lighthouses bleating their warnings. 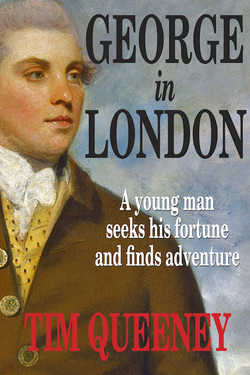 George Washington made a brief visit to Barbados as a young man and never again left America. Well, that’s what the history books say. But an eighteenth-century manuscript discovered in the foundation of Mount Vernon changes everything. The manuscript tells of 19-year-old George Washington’s comic, picaresque 1751 trip to London seeking his fortune.

This isn’t George Washington the stuffy old founding father with the wooden teeth. He’s a young man still finding his voice. A younger son with no inheritance, George must make his own way in the world.

The newly discovered manuscript was written by George’s traveling companion, Darius Attucks, an African-American master mariner. Though an experienced sailor, Darius is barely older than George and not quite the man of the world he imagines himself. After saving George’s life in a shipwreck, Darius is convinced he has been tasked by Heaven to be George’s guide.

Darius and George join their patron, a German baron, and sell American land to wealthy Londoners. The well-connected baron promises George cash, a title and even a country estate for his efforts. Best of all, George wins the love of Sophie, a beautiful French countess. George’s expedition to London seems an utter success. What could possibly go wrong? 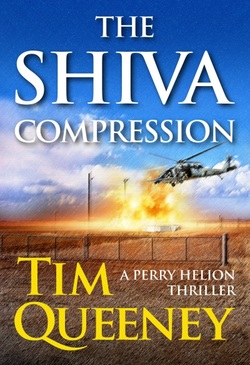 The ultimate doomsday weapon: The top secret SHIVA Compression virus can automatically launch all U.S. nuclear missiles. Once released onto the nation’s communications networks, SHIVA cannot be turned off.

Perry and his colleague and former lover Jan Caplan find one Air Force officer who will listen: Ben Loyola -- a tough, old fireplug colonel who runs the Air Force’s Office of Special Materials. Perry and Jan join Loyola’s crack team, who have repeatedly done what was necessary to recapture stolen Soviet nuclear weapons. Now Loyola and his small group must join Perry to corral the most dangerous enemy yet: the relentless SHIVA Compression, a viral agent designed by the Cold War’s greatest scientists to ensure that even if America is left leaderless by a sudden “decapitation” attack, U.S. missiles will still be fired in retaliation.

A crazed atomic cult revives SHIVA and releases to “cleanse’ the earth of non-believers. They will do anything to carry out their insane plan. Perry, Caplan and Loyola must face down doomsday itself to save the world.