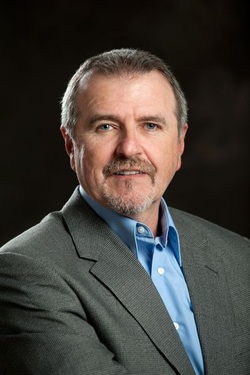 Tim Fairchild was born and raised in Southern New Jersey where he grew up in a small town named Pleasantville. Upon graduation from High School, he attended St. Petersburg College in Florida, where he studied English composition. He went to work for New Jersey Bell Telephone and made a thirty-two-year career with them; retiring as a Central Office Switchman from Verizon Communications in 2003. Fairchild is married to his wonderful wife, Beverley for thirty-five years and has two daughters, Melissa and Kristen.

During the years between 2000 and 2003, Fairchild discovered a taste for travel, experiencing new cultures with four missions trips. Two were to Honduras and one to Belize to help with hurricane relief. The final one in 2003 was to Chosica, Peru.

In 2005, Fairchild and his wife moved to the Pocono Mountains in PA where he began his writing. After six years, they again moved to their current home in the beautiful town of Oakland, Maine where he now writes full time.

Strongly influenced by such authors as Clive Cussler and Tom Clancy, plus having a strong interest in adventure in exotic locales, history, and science, it was only natural that Fairchild chose the genre of adventure. Being relatively new to the world of writing novels, Fairchild completed two courses in writing fiction, and with his new-found knowledge, applied it to his writing style. 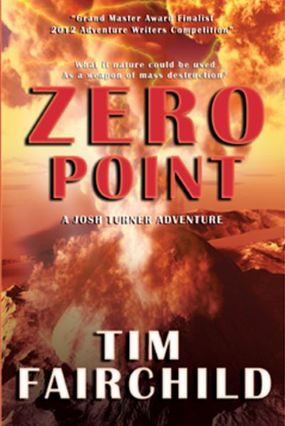 While on a routine archaeology project in the Canary Islands, two members of The International Consortium for Artifact Preservation make an amazing discovery in an ancient burial tomb; a discovery that could lead to the location of an ancient Christian artifact. In an effort to preserve the discovery from looters, Dr. Eli Turner and Maria Santiago begin the excavation. Little do they know that malevolent eyes are watching them from above their location.

Sinister forces led by Japanese mob leader, Yagato Osama and a self-exiled industrialist, Robert Pencor are driven by greed and revenge and will stop at nothing in their effort to control the world’s newest energy source; an energy device that will make oil obsolete. Their Zero point energy devices will ultimately change the geopolitical structure of the world as we know it, but it comes with a price. The death of millions. A new and powerful weapon of mass destruction is on its final countdown to unleash nature’s ultimate fury; the likes never before witnessed by mankind.

Eli Turner’s son, and archaeologist, Josh Turner along with his longtime friend Samuel Caberra, are unwittingly thrust into a life and death struggle as the ICAP team is marked for death by Osama and Pencor in their effort to protect their plans. Adding to the danger is Alton Burr, the fanatical leader of a secular movement who will stop at nothing to ensure the ancient discoveries are never brought to light, even if it means – murder.

It’s a race against time as archaeologist, Josh Turner, and his friends, set out to stop the threat and save the lives of millions while seeking to discover the ancient artifacts before they are lost forever.
Amazon.com