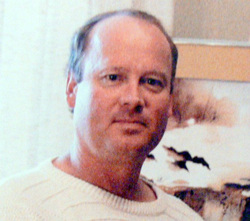 Dr. Terry Rich Hartley has served "hard time" as a research psychologist, psychology professor, and award-winning newspaper journalist. He naturally brings psychological principles to fiction and is the author of The Octopus Hook Murders, Armageddon Yellowstone: Hell Unleashed, Paranoia on River Road, The Ditchrider's Daughter, Whisper, Whisper II, and House of Matches. Works by this author can be found on Amazon Books, Smashwords, and at www.terryrichhartley.com. 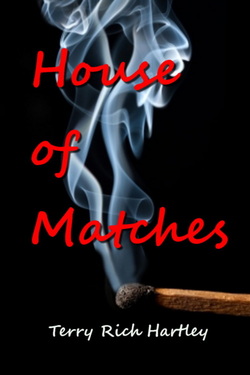 Remember that raw or shameful something from your past that's supposed to stay buried forever? Of course you do. Don't deny it. Now, imagine how you'd react to its surfacing dead center in your life. That happens to the Thorson Family. There is hell to pay when their castoff love child traces her adoption records to Edith and Charlie Thorson, who become immediate targets of her seething anger and yearning for the estate she believes is her due. To complicate things, their only son, Joey, has it all: looks, health, dream job, a beautiful wife, and now a psychotic older sister he never knew existed. Moreover, sister has an obsession for him that borders on the forbidden, and simultaneously, a need to eradicate him and wife Tracy as heirs of Edith and Charlie's estate. It's sister's time for payback and her own words explain it best: “Each life is like a house of matches. One spark and you’re an ash heap. My whole life has been the heap. Now, Mommy who abandoned me at birth, it’s your turn. Are you ready?” 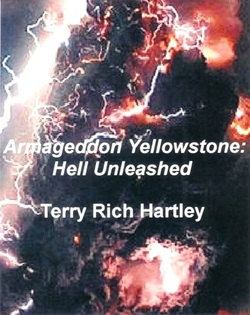 It would explode with a force a thousand times more powerful than the Mount St Helens eruption in 1980. The world’s largest super-volcano located underneath the United States’ Yellowstone National Park is set to blow. (Actual report from the UK's Daily Mail.)
A scientist on a suicide mission...
A brain damaged boy disappears from the hospital...
A Faustian bargain with a mysterious life form ...
A ghostly shaman bearing visions of disaster...
A rash of murderous behavior in two small towns
A cavern concealing clandestine paramilitary maneuvers... 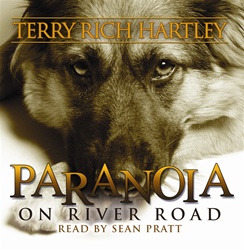 A dispatcher sends Deputy Sheriff Lita Echeveria to a ghoulish burial site. A professor isolates himself in Mystic Canyon after apparently going mad. A wealthy retired farmer lives in denial of child abuse. A mysterious blonde girl and a dog point the way to criminal evidence before disappearing. The interaction of these characters cracks the boundaries of normal/abnormal psychology and criminal justice/cosmic punishment, and reveals the aftermath of a collision by two complete strangers, each running from his own past. 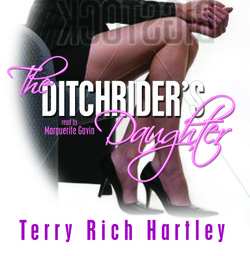 Max Vosser, a randy, well-to-do farmer, finds himself in the grip of claustrophobia after his brothers die gasping for air in separate and seemingly unrelated accidents. His wife, Lola, takes charge and recruits attractive psychologist, Jan Conway, who has a cure for what ails him. The cure involves Max facing his worst fears and darkest secret, and coming out a very different animal than when he went in. 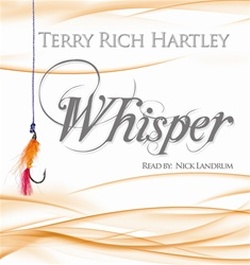 Biff Summer has a rich life: a cabin above the Madison River in Montana, river guide friends, a heart touched by a mentally challenged boy, and a possible future with the boy’s mother. He seems to have it made. Problem is, Biff is actually Larry Grady, a grifter on the run from a notoriously brutal loan shark who plans a living autopsy for him. “Mr. Awful,” will employ any means to see that happen, including unleashing “The Birddog,” an evil bounty hunter who it’s said will follow his prey’s psychic trail of fear into hell if he has to. 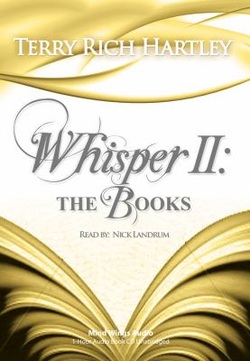 Three bodies in a submerged SUV, a yuppie’s suicide, and a pawnbroker’s heart attack seem as unrelated as apples and rocks until unemployed crime reporter Moe Bybee stumbles into a connection. Two books, separated by miles, provide links to what could be the biggest story of Moe’s life, but they also lead him to encounter a cold-blooded bounty hunter with mob connections and dark powers. Ultimately—and unhappily—Mild mannered Moe stands as the only shield between the hunter and his prey, Glenna Whitcome and her Down’s syndrome child, Newt. 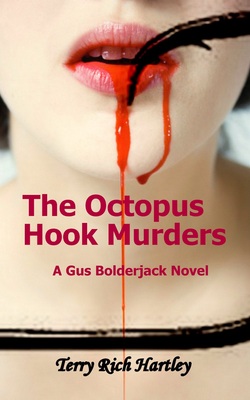 Psychotherapist Gus Bolderjack was an exceptional profiler who couldn’t stay out of the action. He’d bait serial killers into stalking him, and then snare them by hook or by crook. Labeled hero by some and psycho shrink by others, one thing was clear: his methods worked. After losing a feud with U. S. Attorney Carrie Sullivan-Bledsoe over a murderer’s plea bargain he leaves the field to join his lover in her high-end Sun Valley resort clinic, tending to the emotional needs of the rich and richer. That works for a while until Sullivan-Bledsoe, now a state attorney general, loses her son to a kidnapper at nearly the same time a powerful tabloid publisher’s niece is also kidnapped.

Bolderjack gets sucked into the fray, where he's late to discover that the kids are bait and he’s the target of two gruesome serial killers sharing goals and maybe DNA. If that’s not bad enough, he finds himself in a universe ruled by political ambition and intriguing, double-dealing characters, including those he’s trying to help. Kidnapping, hostage taking, fraud, cops—good and bad —, Treachery, criminal psychology and tabloid journalism fuel this adrenalin-pumping story from beginning to end.