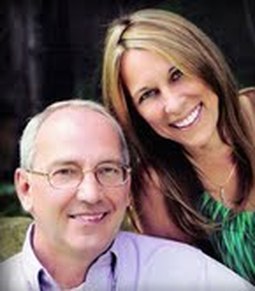 Terre Britton & Daniel Ward are married and live in Palm Coast, FL. They own and run Terrabyte Graphics.

Terre is a Graphic Designer and Illustrator and has recently moved into the fields of Video and Motion Graphics. She holds a degree in History in Art with a minor in English and is a published Art Reviewer.

Daniel is a Certified Deposition Video Specialist and is a member of the American Guild of Court Videographers [AGCV]. He is an Electronic's Engineer, a Sound Engineer, Musician, Videographer, and a mobile Notary Public.

Energetics: The First Order (The Four Orders of Inherent Freedom) 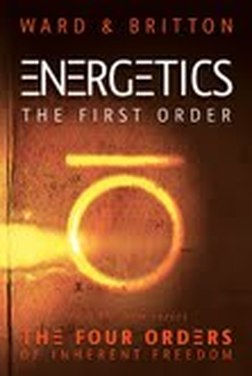 "Energetics: The First Order," the opening book in the series "The Four Orders of Inherent Freedom," is a Sci-Fi Thriller that describes a risky dance between the innocence of invention and corruption of saboteurs as clean and limitless electrical energy is made available to the world--the first step toward reclaiming humankind's inherent freedoms.

It presents the current quandaries of humankind and offers the reader a peek into an alternate reality that consists of altered time and non-human encounters. The crux of the book lies in a new technology—the first of many—that is revealed to a group of scientists who, for the sake of adventure and self-fulfillment, care to dig a little deeper into a set of mathematical equations by James Clerk Maxwell, which had been quashed a hundred years prior.

On a philosophical level, "Energetics" challenges the reader as an individual and as a contributor to the whole —"Tene lupum auribus!" In order to heal our future, are we each willing to figuratively grab hold of the wolves’ ears, face our fears, and possibly tame them? Or will we be devoured as we turn to run?

By the end of the first book, the reader is left with a renewed sense of hope pitted against the possibility of new and unknown forms of destruction.