Mark of the Necromancer: A Sabrina Grayson Novel

WINDFIRE (Book One of the Windfire Series) 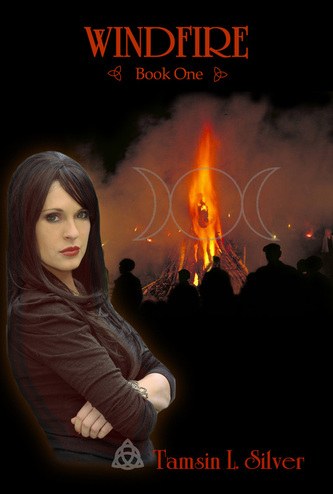 Adopted at an early age, Atlanta Hart remembers very little about her birth mother who died in a car accident when she was only two. Raised by her father’s family, she has little need to hunt for information on a woman she never knew. That is, until she turns thirteen and begins to have powers she can’t explain. However, once she begins to dig, Atlanta can find nothing about her biological mother. As if the woman were a ghost.

With the trail cold, Atlanta gives up hope of ever knowing the maternal side of her family or finding an explanation for her unique gifts. That is until she meets Roman, a man with similar powers to her own. After informing her that she’s a lost witch from a unique bloodline, his connections in the Clandestine World help Atlanta hunt for her mother’s family again. This time she finds a lead and travels from Boston to South Carolina to learn all she can about the Setti family and the curse that surrounds them.

Not all legacies should be dug up.

The Setti family has spilled blood in the past.

Atlanta or her friends could be next. 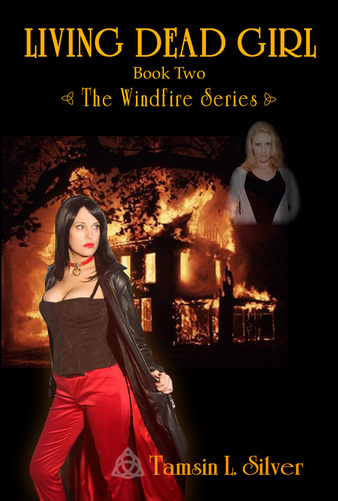 With Jensine presumed dead and her relationship with Roman over, Atlanta devotes her time to finding Jensine’s killer while attempting to put her own life back together.

Mostly this includes taking her time to get to know Sean, herself, and The Great Order. Yet everything she learns about the Order leads to more questions. Most important of which is, did they have Jensine killed, and if not, who did?

Meanwhile, Valencia takes on new recruits and begins putting her plans into motion to infiltrate her enemy and tear them apart from within. Going behind Jonathan’s back, she kidnaps a member of The Great Order, causing both Atlanta and Jonathan to finally make a decision and pick a side. Will he choose Valencia or go back to his brother? Will Atlanta side with Roman or will she let the possible death of her oldest friend stand in the way?

Valencia is ready to start the war.

The question is, who will be the first to fall? 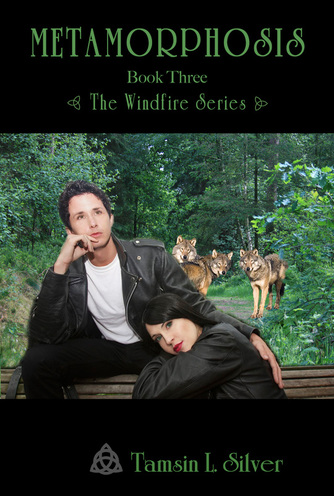 Atlanta is changing into a hybrid, an abomination that carries a death sentence. And that’s not even her biggest dilemma. Bitten by a werewolf in battle, Grayson is in excruciating pain as his body prepares for the change at the next full moon. Thankfully, the Clandestine Protection Agency, a group of werewolves, has taken him in to keep him safe. Learning he is there, Atlanta and Sean race to be by his side. The CPA give them refuge as well while they work with Phoenix to convince the Royal Council to allow Atlanta to live.

Unaware Atlanta knows she’s alive, Jensine moves forward to embed herself into The Superior Order to follow through with her promise to Phoenix. Meanwhile, Asher and Jordan work to figure out what Valencia’s primary weapon against The Great Order is. In the process, they discover Pepper’s horrible past; shedding light on the army Valencia has been building for years.

Will Atlanta and Grayson survive the changes their bodies are going through? If they do, will they be safe from The Great Order’s Royal Guard? 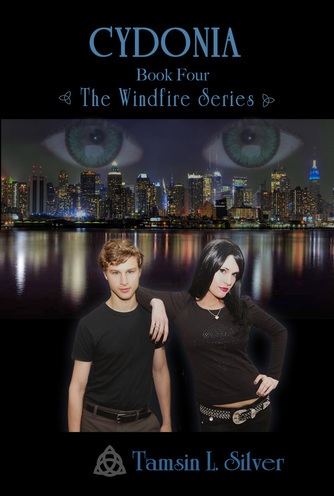 Jensine, Hunter, and Josh arrive at Cydonia, Valencia’s secret commune of hybrid soldiers in training, only to find themselves face to face with a hybrid army primarily comprised of teenagers. Jensine focuses on getting Hunter and Josh to help her gain the trust of these young warriors to learn about their powers. Yet, Josh is torn. Pepper has been out of touch too long and he must decide to either stay or fly to Boston to make sure she is alive.

On the run from The Great Order Royal Guard, Atlanta and Gray head to New York City. To avoid capture, they deviate from the original plan and decide to stay with friends in Manhattan. However, Valencia has an ace up her sleeve and Atlanta doesn’t travel as unnoticed as she believes. Worse yet, Vampire Sickness is looming over her. Can she avoid the loss of her soul in time to find Jensine and bring her safely home? 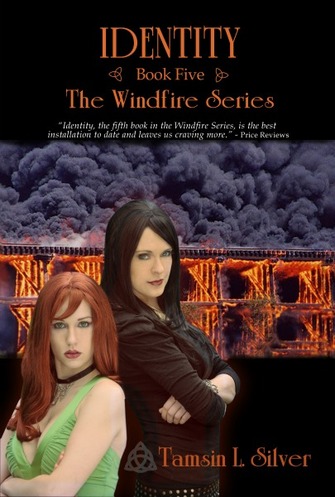 Atlanta has lost her soul. Leaving in its place, Windfire, a woman who is a cold-blooded killer, remembers nothing of her previous life, and sees Valencia as the savior of the Clandestine World. Unless Jensine, Roman, and Gray can help her soul find its way back to her body, she will follow Valencia’s orders, and destroy everything in her wake, including her relationships with her closest friends.

Unaware of Atlanta’s plight, Roman heads to Canada to find her as well as keep his promise to Pepper and save her son. Meanwhile, Sean and Stephan head out on a mission to find the elder witch Elizabeth studied with in hopes of learning more information about The Diana Prophecies. The simple assignment turns complicated, putting Sean’s promise to Roman, to keep Stephan safe, to the test.

The Superior Order are preparing for war. With Windfire siding with Valencia, they could overthrow The Great Order. However, there is a third player in town, and their presence alone could tip the scales if The Great Order can align with them.

Alliances are made as new heroes and enemies emerge while the threat of war closes in and the race to save Atlanta’s soul begins. 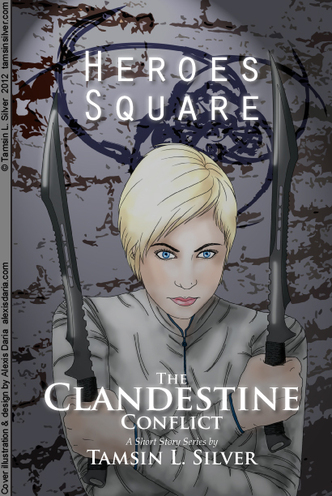 Maya Petrovskii lives in a world that hasn't seen the sun in thirteen years. For in the year 2131, humans thought they could fix the dissolving ozone layer and global warming by releasing a biological agent into the sky. It backfired and many died.

Luckily, the Clandestine People, comprised of witches, werewolves, vampires, and shape shifters, foresaw this outcome and saved as many of the humans as they could. But by the year 2144, as the remaining humans grow in numbers, not all are happy to live alongside the Clandestine People. They feel threatened. They want control.

Maya, the only granddaughter of the royal werewolf family, has chosen to avoid her royal privilege and join The Squad, the military of the Clandestine People. She and her friends must work under the radar to keep the Clandestine World from going to war with the humans, who want her kind in cages.

Can Maya help keep the peace before more people die? 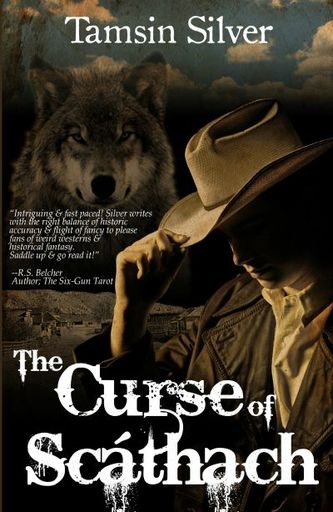 Will McCarty has returned to New Mexico for the first time since he "died" in 1881. While in town for a job, memories come flooding back and the murder of his boss, John Tunstall, still plagues him.

The death of The Englishman ignited the Lincoln County War of 1878. This story of revenge and greed has been told many different ways, but Will knows the truth, and it's time others did too.

Go back to when crooked politicians, mafia mentality, and dirty lawmen were the demons that ran the Wild West, and walk alongside the reluctant hero who decided it was time their reign ended.

SKYE OF THE DAMNED   A NYC-based web series 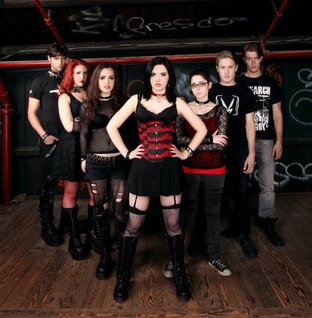 Skye MacKenna has been on the run most of her life. Different names. Different cities. Now she will face those who hunted her by taking the battle to them, back to where it all began --- New York City. Currently it is run by the vampires, with the FAE nipping at their heels for control. Once on the inside of the political upheaval, can Skye discover who killed her family before they find and eliminate her?

SkyeOfTheDamned.com      Skye of the Damned in Full HD
​