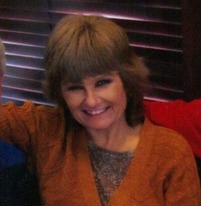 ​A member of the RWA, Tamara Ferguson is the best-selling, multi-award winning author of the Tales of The Dragonfly Romance Suspense Series, the top-ten bestselling Kissed By Fate Series, and the #1 Two Hearts Wounded Warrior Romance Series.

That Unforgettable Kiss (Kissed by Fate Book 1) was a top ten Amazon bestseller in Kindle Saga Fiction, earned 3-5★editorial reviews from Readers' Favorite, and was the 2015 WINNER of The Romance Reviews Readers' Choice Award in New Adult Romance.

That Unforgettable Kiss is currently featured in the #1 A Touch of Passion, novels by USA Today, NYT bestselling and multi-award winning authors. This anthology is a #1 Holiday Romance and has just WON the 2016 TRR Reader’s Choice Award.
​
Tales of the Dragonfly In Tandem was a romance finalist at the 2013 Indie Excellence Awards, while Tales of the Dragonfly In Flight was a 2014 WINNER at the Readers' Favorite International Book Awards.