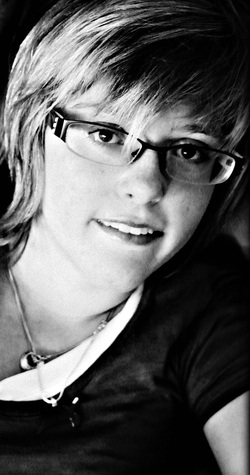 Sydney Nicholas was born in Indianapolis, Indiana, where she is currently a sophomore in high school. Sydney was diagnosed with Cerebral Palsy at an early age, though always challenged; her parents encouraged her to stay confident. In middle school Sydney fell in love with writing. Sydney wanted to share stories like her own, stories of hardship and overcoming. When she started writing War Inside Me, Sydney was in a dark place, writing gave her hope, hope to give others, that she felt through her book. Sydney is determined to take her love for writing to the next level, where she hopes to write and direct movies. Sydney is currently working on her second book, In The Dark, which jumps seventeen years forward into Jude’s life; the main character in the War Inside Me saga. 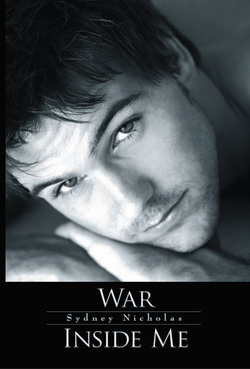 Romance Thriller
Jude Franklin thinks he killed the love of his life, Val Vandecamp. In the weeks after she dies, he goes on a spiral down spin with drinking and staying out late or not coming home at all. He is living at home with his mom and brother. His father was shipped over seas to the war. As if all that was not hard enough, a bombshell dropped when Jude finds out that his brother, Joey, is a drug addict. He starts going to Sunset Beach where he and Val first met. Through his problems, he ends up meeting a girl, Wendy Brandsworth, that will not take no for an answer. Through their up and down relationship, he continues to confront his challenges from the past, present and not so bright future. His only friend, Drake, he learns has a dark past that he was not aware of in their so called friendship. While his father is over fighting for the country, Jude is fighting a war inside himself.

Jude and Wendy fled to New York City in order to have a somewhat normal life with their children, Ian and Bay. Drake may be gone but his crew is far from even they are living in Chinatown where they plot out revenge on Jude. It gets personal when Ian is taken from his bed and forced to work for the people that took everything from his family but here's the catch, he has no idea that his dad's crime even took place or of the dark past that the has hunted his parents for half their lives. Will Ian get out of the dark and take a stand? Find out, read In The Dark coming in 2013

Joey Franklin is in too deep and doesn't believe he has the right to live after he breaks his brother's back. He has no where to go and doesn't care if he lives or dies. During his time at war, he saves the life of a girl and walks away without a word. Two years later Joey enjoys risking his life again but this time as a NYC firefighter. Will Joey's reckless life be the end of him? Does he have the right to live? Read Right To live coming in 2014