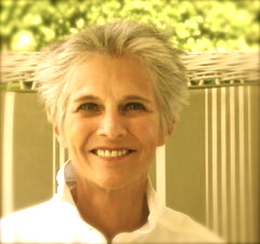 Susan Russo Anderson is a writer, a mother, a grandmother, a widow, a member of Sisters In Crime, a graduate of Marquette University. She has taught language arts and creative writing, worked for a publisher, an airline, an opera company. Like Faulkner’s Dilsey, she’s seen the best and the worst, the first and the last. Through it all, and to understand it somewhat, she writes.

Meet Serafina Florio, a woman determined to uncover the truth. She is a widow and midwife-turned-sleuth living in nineteenth-century Sicily where she supports her seven children and catches killers against insurmountable odds.

In between writing, revising and editing, she writes for several blogs and reviews books.

Quote: “Everything that rises must converge.” —Teilard de Chardin, S.J.

Fiction: Portrait of the Artist as a Young Man, Wolf Hall, The Dead,
The Velveteen Rabbit, The Adventures of Augie March, As I Lay Dying,
Absalom, Absalom!, A Rose for Emily, A Good Man Is Hard To Find

Poems: Four Quartets, one circus, 3 Rings, FOREVER AND EVER, HOORAY!

Death of a Serpent 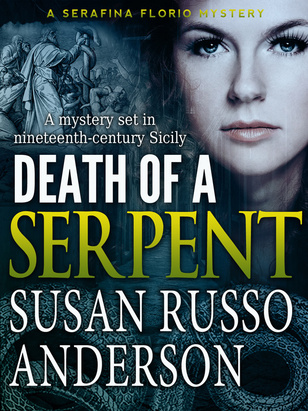 Three bodies . . . A dark secret . . . And one woman determined to uncover the truth.
When the police do nothing to solve the murders of three women knifed to death in 1866 Sicily, a struggling widow attempts to unmasks the killer, but not before uncovering shocking truths of her own.

Summary:
At a high-class house near Palermo, three women have been knifed to death, their foreheads slashed with a strange mark, their bodies dumped on the madam's doorstep. Rosa summons her friend, Serafina, and asks her to catch the killer.

A midwife and widow with seven children and diminishing funds, Serafina plunges into the investigation, gathering evidence, following leads. In a defiant meeting with the don, she makes an important discovery. Convinced of the murderer's identity, she conceives a daring plan to unmask the killer. Does she succeed? Can she hold her family together?
Amazon 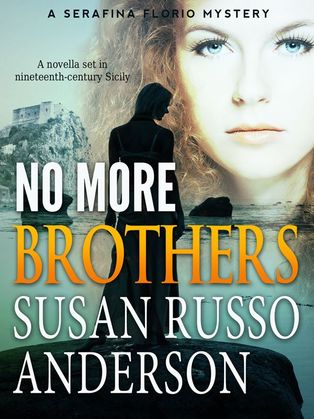 A body on the shore . . . Dark secrets . . . And one woman determined to uncover the truth.
When Serafina discovers a body on the shore, she plunges into the investigation despite dark secrets, diminishing funds, and a budding romance.

Evidence leads her to a forest on the edge of the Madonie Mountains where a harrowing encounter pitches her headlong into the search. Does she have enough time to catch the killer? Will love prevail? Can she keep her family together?

Meet Serafina Florio, a widow and midwife-turned-sleuth who supports her children and catches criminals despite insurmountable odds.

NO MORE BROTHERS is the second book in the Serafina Florio mystery series. It is a novella of 28,000 words.
Amazon 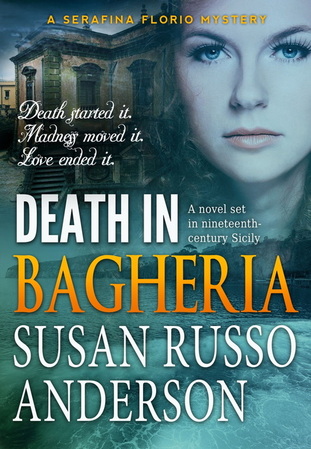 Death started it. Madness moved it. Love ended it.

A baroness poisoned. Dark secrets. And one woman determined to uncover the truth.

March 1870. Serafina Florio investigates the suspicious death of a baroness and uncovers a dangerous plot to destroy the heirs to a large fortune. The adventure leads her to a palatial villa on Sicily's gold coast where she pursues the truth despite demands at home, haunting peril, and a heady romance.

Will love prevail? Can she keep her family together? Will she have enough time to catch the killers before they destroy her?

Meet Serafina Florio, a woman determined to uncover the truth against all odds. Serafina Florio is a widow and midwife-turned-sleuth living in nineteenth-century Sicily where she supports seven children and catches killers against insurmountable odds.

Too Quiet In Brooklyn: A Fina Fitzgibbons Mystery 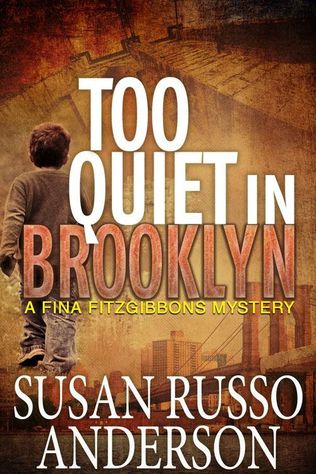 A Murder, A Child Missing, & One Woman Determined To Find The Truth ...
Something weird's happening. It's too quiet, at least for Brooklyn, so twenty-two-year-old Fina Fitzgibbons is not surprised when she stumbles upon a throttled woman in the heart of Brooklyn Heights and discovers that the dead woman's four-year-old grandson is also missing. She begins a wild hunt for the strangler-kidnapper, Ralph. During the chase, she resists falling in love with her boyfriend, Denny, an NYPD patrol officer, steps on the toes of Detective First Grade Jane Templeton, and uncovers secrets about her own past. In the end, Ralph has a deadly surprise for Fina.
Amazon.com

Murder On The Rue Cassette: A Serafina Florio Mystery 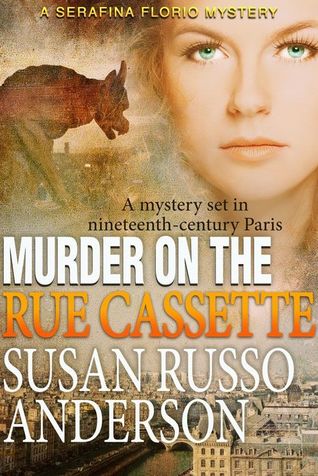 A Murder, A Mystery, and One Woman Determined to Find the Truth . . .
Paris, 1874. The story begins with the sparkle of the first impressionist exhibit. But that night, when a countess is found shot to death in the Rue Cassette, Serafina investigates the brutal murder. As the plot twists, Serafina and her friends find themselves in the dangerous grip of a mind gone feral.