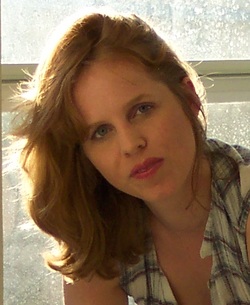 Susan Leigh Noble has always loved to read. She has been writing since childhood – anything from poetry, short stories, news articles and finally full length fantasy novels. She has always loved dragons, magic and cats so it is no wonder she put them all together in her “The Elemental” trilogy.

When she isn’t writing, Susan is an active volunteer in her neighborhood and at her children’s’ schools. She lives with her husband and two children in Texas. 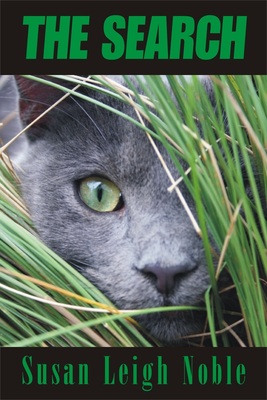 For over a thousand years, telepathic cats known as STACs have faithfully searched for those with power over the elements looking for the one foretold to save the Land. None have questioned their duty to fulfill this ancient task.

But when Tosh’s latest charge is murdered because of his Elemental powers, Tosh considers abandoning The Search. Will a glimpse of the future destruction be enough to change his mind?

Summoned: Book One of the The Elemental 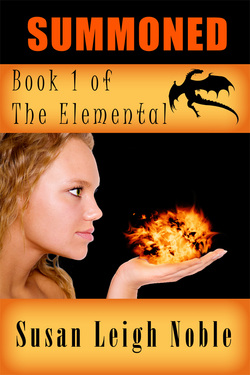 At the age of four, Lina discovered she could start fires with a mere thought – a trait which had died out long ago. Cautioned by her telepathic cat, Tosh, she kept this Elemental power a secret to avoid being an outcast. That was easy to do growing up in the remote grasslands of Zena.

Now eighteen, she had no plans to leave her beloved homeland. So when a strange urge compels her to travel north to an unknown destination, Lina resists this unnatural feeling. But her plans to stay in Zena are taken out of her control when she is kidnapped by gypsies and wakes in a foreign land. The desire to travel north is as strong as ever. She fears she will have no choice but to give into the compulsion. When a raging fire prevents her return home, she realizes she must find out once and for all what or who is summoning her.

On her journey, Lina befriends an odd assortment of allies. Together they battle mystical creatures and unnatural forces despite the fact that such magic had died out over 800 years ago. Lina reluctantly begins to use her innate Elemental power as she becomes more certain that someone is using magic against her. When she discovers the shocking truth, it will change her life in ways she could never imagine.

Quietus: Book Two of The Elemental 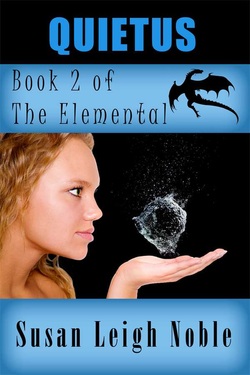 The Learner Ben Dar had been destroyed by the reluctant use of her powers. In the shadow of his fallen fortress, she had learned the truth – that she was the center of a thousand-year-old prophecy claiming the rebirth of the Elementals – an ancient race dedicated to caring for the Land.

Now Lina and those with traces of Elemental power train in the mountains of South Point in the hopes that they can defeat this unknown danger to the Land.  Will her powers be enough to stop the destruction of her homeland?

Destiny: Book Three of The Elemental 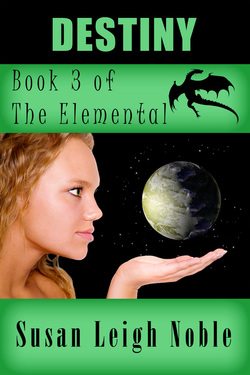 Destroying Quietus should have stopped the destruction to the Land. But it hadn’t. Slowly, the barren areas continue to grow destroying everything in their path. None of Lina’s Elemental powers can repair the damage while the Land remains contaminated by magic.

But there is an ancient scepter created by a Learner that may lift this magical barrier. Before Lina can claim it, the scepter is stolen. Now Lina and Val must race to find the scepter and end the destruction to the Land once and for all.

The Heir to Alexandria 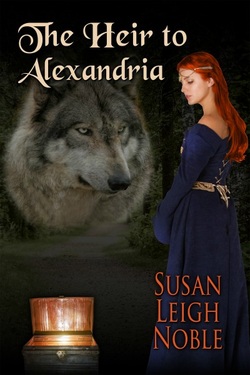 Believed the descendants of the Gods themselves,
The Alexandria line ensured peace,
Until they were brutally murdered.
But rumor spread a maid escaped with the youngest daughter.

Now as the world rushes toward a period of unrest, the nations’ Kings continue their 200-year-long-search for the Heir to Alexandria – the one person who can bring peace and stability through divine power.

Alista has her own search – for the parents who abandoned her as a baby years ago. When her only lead proves to be a dead end, she heads to the capital with a reluctant escort. Grayson is just following his aunt’s order, but he would rather be on one of his solitary scouting missions for the Landra Guard. However, when Alista unintentionally curses a guard in front of the King’s court, everything changes for both of them.

Now forced to travel to Covington for testing, danger lurks at every turn as a secret society strives to prevent the return of the Alexandria line. Are Alista’s visions of the future enough to save herself and those traveling with her?