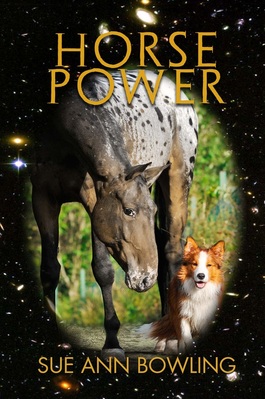 Rumors have reached the Inner Council of the Jarnian Confederation that the Horizon Company is illegally exploiting the colonists. Roi has been sent to find out what’s happening, and he asks his old friends, colonists Timi and Amber, for help. But the Company’s behavior is legal, if immoral. Can the three find a solution to the problem? 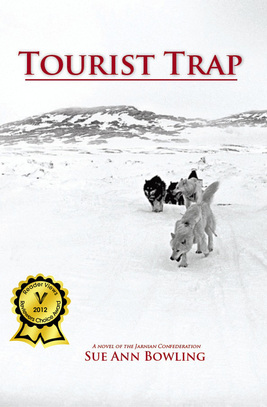 Roi and his best friends from slavery are taking a Challenge journey on Falaron, a planet terraformed from Earth during the ice age. They look forward to a vacation of dog sledding, hang gliding, horseback trekking, sailing, whitewater rafting and rock climbing—though friction is developing within the group.            Their guide, Penny, finds the four a refreshing change from her usual spoiled clients. She is worried, however, by the unusual number of accidents, even though Falaron is a wilderness planet.

But they aren’t all accidents. Roi’s half-brother Zhaim, a brilliant and malicious sociopath, has decided that the journey is an ideal opportunity to rid himself of his rival. He is capable of manipulating not only the weather, but affairs on distant planets, thus drawing the two adults who would be able to protect the young people far enough away they can be of no help. He has even managed to plant an unsuspecting agent in the party.

The journey has become a far more serious Challenge then any of them could have imagined.

Print and kindle at Amazon.com 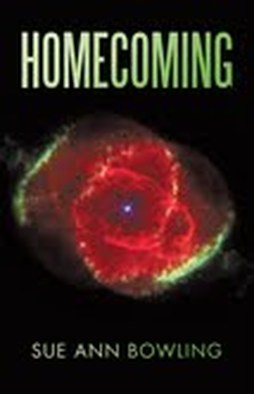 Snowy, a young slave dancer, has a secret, one his mother told him would lead to his being killed if he were ever found out. He feels the emotions of others. More, he is capable of reading the minds of others, making objects move, and even Healing his own injuries and those of his friends. But he does not dare to tell even his slave friends of his abilities, which are frighteningly similar to those of the R'il'noids, and some of his cruelest masters have been R'il'noids.

Not all of the R'il'noids are monsters. Snowy and his friends are sold to Lai's half-brother, Derik, and when Snowy falls ill Derik is able to recognize the disease as Kharfun syndrome, which leaves Snowy totally paralyzed. Could Snowy himself be R'il'noid? His first response is the firm conviction that he is being lied to, though there isn't much he can do about it when he can't even move.

But beyond the borders of the Confederation is Riya, settled long ago by the R'il'nai. Here Marna is the sole survivor of a planet-wide epidemic, kept alive only by her determination to warn off any other R'il'nai who may find the doomed planet. She was on an isolation satellite studying a different disease when the epidemic started, but now the life-support system of the satellite has broken down. Can she avoid being infected, two centuries after everyone she has ever known has died? Does she even want to?

Lai, Marna and Snowy (now renamed Roi) have the potential to keep the Confederation going without turning it into the R'il'noid dictatorship envisioned by Lai's R'il'noid heir, Zhaim, but they will need all of Derik's help, and everything Roi has learned during his slavery, to succeed against Zhaim's machinations.

Available in Hardback, Paperback and in Kindle at Amazon.com

Available Hardback, Paperback and in NOOK at Barnes&Noble.com 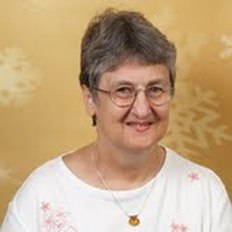 I earned my A.B in Physics from Harvard/Radcliffe in 1963, and my PhD in Geophysics from the University of Alaska Fairbanks in 1970. As my dissertation was on ice fog (which isn't found just anywhere) I stayed at the University of Alaska's Geophysical Institute until I retired in 1998. (Yes, it was an early retirement, but I was having vision problems at the time and could not drive to work reliably.) I still live in Alaska, in a suburb of Fairbanks called North Pole.

I'd written quite a lot in my years at UAF, not only professional papers, but science popularizations and articles on canine history. On retirement, I added considerably to my websites on Shetland Sheepdogs and genetics, and began playing with fiction. I've also kept up my interest in gardening (at least in summer!) Alaska's not all snow and ice, and the plant photos decorating some of my author pages prove it--they were taken in my house and garden. I'm also into animals, snowflakes and space. (I taught a beginning astronomy class a few times.)

In addition to Homecoming, I've written a sequel as well as a trilogy set a couple of hundred years later but in the same universe and with some of the same characters. The sequel, Tourist Trap, should be out this spring.

My blog continues my science writing, with posts on planet building, color genetics, weather and medicine as well as writing.