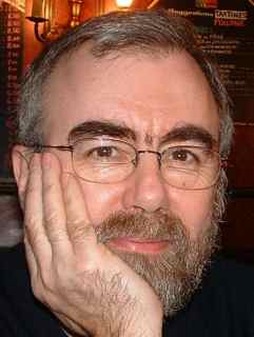 Stuart Haddon was born and educated in Scotland. His first novel, The Butterfly & The Bull was written while walking his dog on the shores of the Chesapeake Bay. After self-publishing this work, he is now working on a sequel. He has also written several short stories and a number of poems.

He divides his time between Southern Maryland and Edinburgh, Scotland.

The Butterfly & The Bull 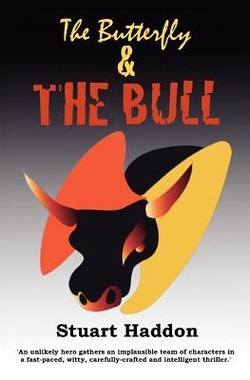 A global financial crash causes the destabilization of the American government and results in a coup by the Joint Chiefs of Staff. Donnie McLennan, a Scotsman with an uncanny talent, is seeking his wife Ellie who has been abducted by agents of the state. In the process, he becomes involved in a conspiracy to restore democracy to the land of the free.

Donnie goes to work for the resistance movement, led by the charismatic Phaedrus. He becomes a fugitive with a laptop, a ghost in cyberspace harvesting valuable information. Constantly harried by the sociopathic Agent Farrell, he is forced to escape from DC.

A gunfight on the Chesapeake, a storm-lashed transatlantic crossing, a run-in with ex IRA bounty-hunters, betrayal and kidnapping follow, forcing Donnie to come to terms with himself, those around him and the extraordinary challenges he has to face.

Donnie puts together a team of unlikely heroes and returns to his adopted homeland. En route, he finds new ways of using his ancient skills and, in a series of violent and risky encounters, eventually faces his ultimate challenge.