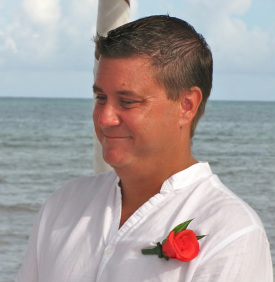 Steve Umstead has been the owner of a Caribbean & Mexico travel company for the past ten years, but never forgot his lifelong dream of becoming an author. After a successful stab at National Novel Writing Month, he decided to pursue his dream more vigorously...but hasn't given up the traveling. 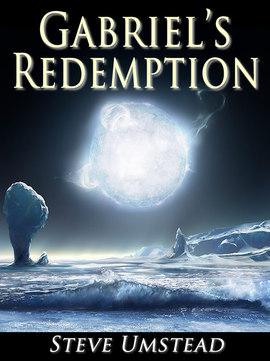 Can a disgraced Special Forces soldier find redemption, and will redemption cost him more than just his own life?

North American Federation Navy Commander Evan Gabriel was dishonorably discharged after losing his covert team on a far off world called Eden. Now, he’s being offered an opportunity to command a new team, on a new world, with a new mission, but the true motives behind the mission are unclear.

A reluctant Gabriel and his team must travel hundreds of light years across the galaxy to an ice-bound planet, where a nameless, faceless cartel is producing a highly-addictive drug brutally extracted from the bodies of the native inhabitants. His former commanding officer, now the Director of Naval Intelligence for the NAF, is running the highly-secret operation, but has a hidden agenda Gabriel can only guess at.

Gabriel’s Redemption is a near-future military science fiction story of a personal journey seen from the perspective of a soldier who has lost everything; one who desperately needs to redeem himself not only in his government’s eyes, but also his own. Interstellar action and political intrigue mix with one-on-one battles on the surface of a frozen planet in this exciting tale of salvation.

Available in ebook Kindle at Amazon.com

Available in ebook NOOK at Barnes&Noble.com