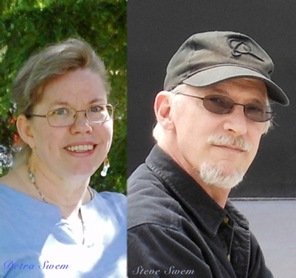 Steve and Detra Swem were destined to be together. Both were born in South Dakota and served in the Air Force. While Steve was in Germany, Detra was assigned to the same base. When Steve was transferred to California, his future mate was also transferred there, and they eventually met and have been together ever since. They have worked together, played together, and now write creative fiction together.

A news article and Amazon.com spurred their first writing project, and from their love of role-playing games, a character and story outline soon emerged. Working together, they expanded the outline and gave their characters life. Steve and Detra have published three novels in the Fantasy Fiction category.

Detra does the graphics work and adds her perspective to each story, which she calls nuggets. Steve takes her pieces, smooths them out, and expands them into the actions and emotions needed. Both of them work together as a highly creative team to come up with ideas to enhance the story and craft the finished work.

When she is not on her computer, Detra is baking delicious goodies in the kitchen. Steve spends time away from home at a place he calls work, but soon returns to his beloved and their fiction projects. They reside in the Pacific Northwest in the Puget Sound area. 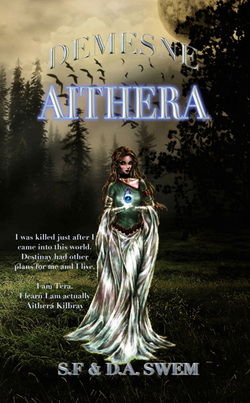 A girl child, assassinated at birth by spirits of evil, brought back to life through the magical essence of others.

Yet, Aithera Kilbray has bigger obstacles ahead. Orphaned at 5 summers of age by the dark one who destroyed her family's estate, she is raised Tera by those who recognize her potential for magic.

As she grows to an adult and strikes out on her own to learn more, she meets others willing to teach her how to expand her gifts, but even they are amazed at the magnitude of Tera's talents.

Those lessons are put to the test as the dark ones find her once more, chasing her towards her destiny. 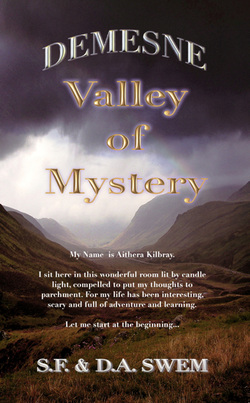 No one seems to notice the old man any more. He is just one more of the unseen ones with the slumped shoulders and bent back, the gray hair tangled when not covered by the tattered, well-worn brown cloak over torn and dirty jacket and trousers, mud-caked worn boots. His bony, dirty hands are always clutching a gnarled piece of wood that he uses as a walking stick to help him stay upright. His face is always downcast, withered, and weathered by the elements with eyes not often seen, but when seen, his lifeless, dark eyes show a sense of loss and extreme sadness, causing anyone looking into them to shiver and turn away, for no one wishes to look into such deep wells of despair. He was once more than this—powerful, respected, and loved. Now he is just an old man.

She is an orphan who was raised by a caring, loving couple, wise in the ways of magic and life. With her mare Tinabara and a bird of prey named Chaka, her companions and protectors, she travels and learns. Yet the Dragon Back Mountains call to her. She has always been told to stay away from them, for there are forces at work and those that still search for her after so many seasons, never stopping, for they know that she has a connection to the mountain and to the man.

Along the road the two will meet, and Seer Maeglin’s words will come to remind her. “Your path will take you to the one that you must give yourself to, the one that you are connected to, the one that needs what only you can provide.” They will be drawn to the valley he once called home and she, in trying to help him, will return to the home of her birth.

My name is Aithera Kilbray. Lady Aithera of the Dragon Back Castle. I now know what the seer was being so cryptic about and have aided Devon to become whole once more, the one that was needing my help. Along the way, I met the other that is connected to the mountain, for Jira is definitely tied to these mountains and to the Lady Shawna. I too am tied to these mountains, and to the others. How I come to be here is the most strange telling tale yet. 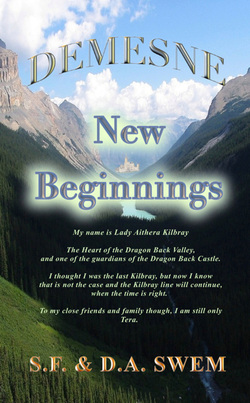 Aithera and Jira decide to stay in the Dragon Back Valley. This decision causes confusion and uncertainty in others. Solen departs when he believes he is doing more harm than good, and Aithera accepts what she believes is a future of pain that duty and honor bring with that decision.

By staying in the valley, Aithera is hidden and safe, but when she leaves to visit her friends in a small settlement near Haulden, a new menace shows himself -- someone from her past that promises to harm her friends to get to her.

Jira learns from visiting her family that there is a secret about her mother's origins -- a secret confirmed by an unexpected source -- that reveals she is more than just a mere farm girl. This news sends her on a journey of discovery that brings on more surprises.

While Jira is on her quest, Aithera decides that she must become the hunter instead of the hunted. When she finally confronts the one from her past, she gets answers that are very painful and not what she was expecting. Aithera survives the encounter, and when she and Jira return to the valley, they each have surprises of their own. Devon reveals the truth about Aithera's origins, and with this new found knowledge, she sets out to mend the pain and seek the happiness she longs for with the one who stubbornly resists any return to the valley.