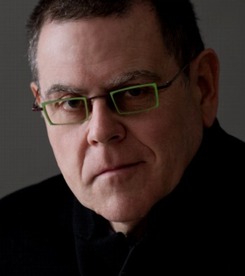 Stephen was born to expatriate parents in Calcutta India. From the age of eight he was educated in English private schools. He attended St. Andrews Preparatory school in Pangbourne Berkshire and Shrewsbury School in Shrewsbury Shropshire.

Stephen returned to Israel from Canada in 1984 to take up the position of Executive Assistant Manager at the opening of the famous King Solomon’s Palace Hotel in the Red Sea Resort town of Eilat. The family lived there for the following eight years.

The idea to write a thriller on the Middle Eastern conflict between Israel and the Palestinians was born during the latter part of 1991 after experiencing Israel’s return of Taba to Egypt following International Arbitration. The following years living in Israel through the Palestinian Intifadas and the numerous suicide attacks have added to the extensive experience that Stephen was able to draw on. He also enjoyed being able to add anecdotes from his long and colorful international hotel career.

In his first book, he introduces the reader to Jordan Kline, the star of the series. Kline is an ex Mossad operative and now successful hotel manager.

Stephen began writing with Mali’s encouragement as a test to explore his own creativity and writing capabilities. Finally completed, Stephen requested that a few close friends read the draft manuscript. The amazing response has pushed Stephen to pursue publication of The Taba Convention, and to continue writing novels in the Jordan Kline series.

Stephen and his family currently reside in Toronto, Canada. 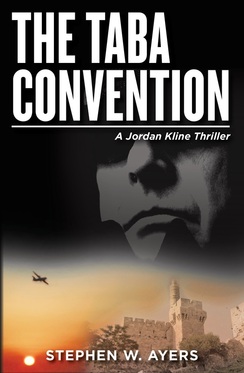 A deadly conspiracy to blow up The Taba Convention, a peace signing ceremony to be held at the Taba Hilton complex in Egypt.

Disillusioned with the continued killing in the Mossad agency, Jordan Kline resigns to take up hotel management studies. Now the General Manager of the Sands Eilat hotel, Jordan enjoys life with his girlfriend Irit in the Red Sea resort town. However, there are multiple assassinations, one of which Jordan witnesses. An ex colleague is taken out in the Arava, the long desert road leading from the Dead Sea to Eilat. On his way back from a business trip to Tel Aviv, Jordan witnesses the dying man’s last words. They are words that will push Jordan reluctantly back into the violent world he turned his back on. Jordan unravels a deadly conspiracy that threatens to once again engulf the Middle East in war. He becomes the most hunted man in Israel. Forced to use all his cunning, Jordan must stay one step ahead of men that kill to fulfill their deadly ambitions. The only problem is that Jordan does not know who they are, and time is running out as the historic date of The Taba Convention approaches.

The Taba Convention is filled with surprising twists and turns, and interesting insights into the world of hotels interspersed in the suspenseful action. The future of the Middle East is in doubt right up until the climax at the Taba Hilton Hotel in Taba Egypt. 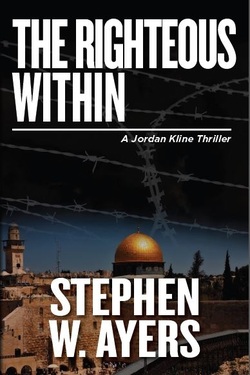 In 1945, as the Third Reich collapses and Berlin burns, a group of dedicated Nazis meticulously plot revenge for their humiliating defeat in the Second World War.

Years pass and the State of Israel grows into a modern and vibrant country. But is all as it should be within the Jewish state?

The Deputy Director of the nuclear plant in Dimona is murdered during a conference at the Sands Tel Aviv hotel, managed by Jordan Kline, ex Mossad agent turned hotelier. The only clue is a swastika and four letters desperately scrawled on a bathroom mirror. But what can the Nazi symbol possibly represent in today’s Israel?

Jordan Kline is once more reluctantly embroiled in the world he tried so hard to turn his back on after becoming disillusioned with the continued violence in the agency. He uncovers a diabolical conspiracy born in the dying days of the Second World War. Fulfilling a deadly mission created by Nazis already long in their graves, it now threatens to unleash a massive onslaught that can only lead to annihilation of Israel. Can Jordan Kline uncover the horrific truth and identify the conspirators before it is too late? Can he unravel the secret before time runs out?

The unique and deeply disturbing plot of The Righteous Within will have you gasping for breath and in suspense until the last page as you follow Jordan Kline’s dangerous race against time and deadly enemies intent on killing him and destroying Israel. Coming Spring 2012 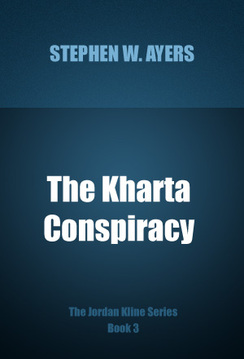 It is spring 2009. Jordan Kline, ex Mossad agent and now General Manager of the flagship Sands hotel overlooking the Mediterranean on the Tel Aviv strip has every reason to feel satisfied. Winter occupancies had been high, spring had seen an increase in tourists, and the summer looked good. Jordan and Irit, now happily married for three years, are the proud parents of one year old daughter Noah. Jordan and Irit settle into their comfortable life at the Sands Hotel. Jordan had been a willing recruit into the Mossad after his army service. He had served the agency blindly for years, carrying out covert operations and assassinations. Finally becoming disillusioned with the continued violence, he had resigned and studied hotel management.

Life was good, but were things as calm as they appeared?

A CIA agent in Iran had taken photos of two Kharta Brotherhood Rabbis in front of the Iranian security ministry in Teheran. They were in the company Hamas, Hezbollah and Taliban commanders and terrorists. The agent had disappeared, the pictures sent wirelessly to CIA headquarters at Langley Virginia. The Kharta Brotherhood, an ultra orthodox Jewish offshoot of the Neturei Karta in Jerusalem, may have decided to challenge the long standing status quo. The Neturei Karta believed that only the Messiah could deliver the State of Israel to the Jews. Zionism was an affront to God. The State should be dismantled and returned to the Palestinians. The Director of the CIA informed the President of the gathering in Teheran. He had requested assistance from Avner Dotan, the Prime Minister of Israel. The Prime Minister turns to the one man he knew that he could rely on. The one man who can find out and answer the questions: why were the Kharta Rabbis meeting with the terrorists?

Jordan is once again drawn reluctantly into the violent world he had turned his back on. Together with Irit he uncovers an ingeniously diabolical plot to terrorize the United States, Canada and assassinate the President. The terrorists threaten to bring death and destruction to cities all over North America. They warn that the President will die by his own hand. At a White House briefing, Jordan, Irit, the Directors of the Israeli security branches and Army intelligence hear a cassette passed on by the Pakistanis. The voice is that of Batullah Ahmesud, a powerful Taliban leader in South Waziristan. He warns of bloodshed in North America and the death of the President.

Terrorist attacks have been planned in the United States and Canada.

How many attacks are planned, and where? Can they find out in time to stop them? How long is there before the conspiracy carries out its threat to kill the President? On the flight back from Washington the Israelis learn that the first horrific terror attack has taken place in New York.

How long do Jordan and Irit have to discover the truth? How deeply involved are the Kharta Brotherhood? The countdown to the endgame of the deadly conspiracy has started. Summer / Fall 2012