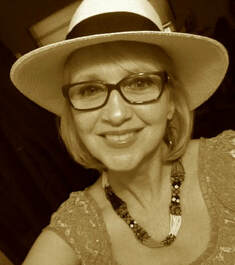 Washington State Indie writer, Sonja Mongar, MFA, has been a traveler all her life inspiring the many landscapes, characters, and dramas of her imagination. There will always be a train, a lost highway, a brooding river, and a character adrift in her stories. An adjunct professor in the Western Connecticut State Low Residency MFA in Creative and Professional Writing program, she mentors new writers. Her first major work was released on June 3, 2018 through her indie publisher - Paradise Alley Publishing entitled, "Two Spoons of Bitter: A story of love, betrayal and redemption," an adult contemporary, literary novel.

Former incarnations include tenured Professor of English at the University of Puerto Rico, Mayagüez where she “got schooled” on enduring friendships, the language of ants, and the art of hurricanes. A freelance journalist, songwriter and blues harmonica player, she's played and recorded with bands around north and central Florida and Puerto Rico.

Works in progress include a screenplay, “Riders of the Dust,” A 1920s Montana Western, inspired by her great-grandmother's 1907 diary written when she was the 14-year-old daughter of a Central Montana rancher and a memoir, "Harmonica Diaries: A White Woman’s Suitcase Full of Blues." Mongar currently divides her time between the epic, rugged beauty of the Pacific Northwest and sun and sand of South Florida where she has a front row seat to the magical unfolding of her four grandchildren’s lives.

Two Spoons of Bitter, A story of love, betrayal and redemption