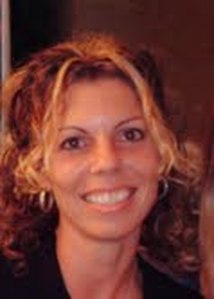 Sibel Hodge has dual British/Turkish Cypriot nationality, dividing her time between Hertfordshire and North Cyprus. She is a qualified personal trainer, sports and massage therapist, and writes freelance feature articles on health, fitness, and various lifetyle subjects. Prior to this, she also worked for Hertfordshire Constabulary for ten years.

Her first novel, Fourteen Days Later, was short listed for the Harry Bowling Prize 2008 and received a highly commended by the Yeovil Literary Prize 2009. It is a romantic comedy with a unique infusion of British and Turkish Cypriot culture. Written in a similar style to Sophie Kinsella and Marian Keyes, Fourteen Days Later is My Big Fat Greek Wedding meets Bridget Jones.

The Fashion Police is her second novel and was a runner up in the Chapter One Promotions Novel Competition 2010. It is a screwball comedy-mystery, combining murder and mayhem with romance and chick-lit, and the first in a series featuring feisty, larger-than-life insurance investigator, Amber Fox. Written in a similar style to Janet Evanovich and Myron Bolitar, The Fashion Police is Stephanie Plum meets Harlan Coben.

My Perfect Wedding is her third novel and the sequel to Fourteen Days Later. 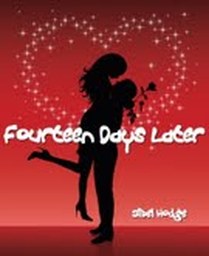 When accident-prone Helen Grey finds a thong stuffed into the pocket of her boyfriend’s best work trousers, it’s time for her to move on. His excuse that he needed to dust the photocopier and just thought that it was a rag sounds like a lame excuse.

Helen’s life is propelled in an unexpected direction after her best friend, Ayshe, sets her a fourteen-day, life-changing challenge. Helen receives a task everyday which she must complete without question. The tasks are designed to build her confidence and boost her self-esteem but all they seem to do is push her closer to Ayshe’s brother, Kalem.

How will Kalem and Helen get together when she’s too foolish to realize that she loves him? How can he fall for her when he is too busy falling prey to her mishaps and too in love with his own perfect girlfriend? How will Kalem’s Turkish Cypriot family react when they find out?

Is it really possible to change your life in fourteen days? 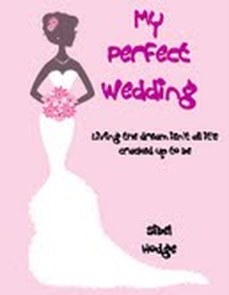 Helen Grey is finally getting everything she wants. She's about to have the perfect dream wedding and begin an exciting new life abroad on the sunny Mediterranean island of Cyprus. But living the dream isn't all it's cracked up to be.

After a mix-up at the airport, Helen finds herself drawn into the midst of an elaborate plot to steal an ancient statue and assassinate a local businessman. And as if that wasn't bad enough, her wedding dress is AWOL, the statue seems to be cursed, and Helen is wanted by the police.

With the big day rapidly approaching, a roller-coaster of mishaps, misunderstandings, and disasters threatens to turn the newlyweds into nearlyweds.

Can Helen prevent an assassination, save the statue, and have the perfect wedding? Or will the day to remember turn into one she'd rather forget? 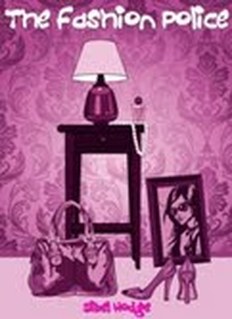 Amber Fox has been making too many mistakes lately and something's got to give...

For starters, Amber accidentally shoots Chief Inspector Janice Skipper and gets thrown off the police force. The only one who knows the truth about the incident is Amber, but no one will believe her.

After accepting a job as an insurance investigator from her ex-fiancé, Brad Beckett, it turns out that Brad thinks they've still got unfinished business and the job description includes sexual favours that come with a price.

When fashion designer, Umberto Fandango, goes missing, Amber becomes embroiled in a complicated case. But Amber's arch-enemy, Chief Inspector Skipper, is also investigating his disappearance, and it's a race against time for Amber to solve the mystery before Skipper does and get her old job back. And just when Amber thinks things can't get any worse, she's being stalked by some crazy mobsters.

Who is Umberto Fandango? Is he dead? And can Amber stay one step ahead and stay alive?

Be Careful What You Wish For 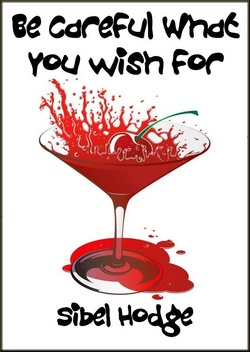 For fans of Janet Evanovich, Kate Johnson, and Gemma Halliday...

Armed with cool sarcasm and uncontrollable hair, feisty insurance investigator Amber Fox is back in a new mystery combining murder and mayhem with romance and chicklit…

Somehow, they’re all related, and Amber has to solve a four year old crime to find out why.

As she stumbles across a trail of dead bodies and a web of lies spanning both sides of the social divide, it’s starting to get personal. Someone thinks Amber’s poking her nose in where it’s not wanted, sparking off a game of fox and mouse – only this time, Amber’s the mouse.

Amber’s forced to take refuge in the home of her ex-fiancé, Brad Beckett, and now it’s not just the case that’s hotting up. So is the bedroom…


All Levi Carter wanted to be was the boxing heavyweight champion of the world, but at what cost?

All Carl Thomas wanted was to be rich, but would his greed be his downfall?

All Brad Beckett wants is to get Amber back, but there’s a reason for the ex word.

Be careful what you wish for…you might just get it.