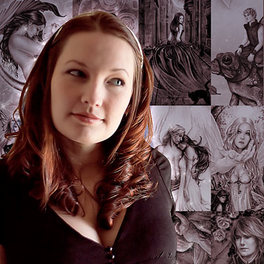 Born in 1981 to Australian and Maltese parents, Selina lives in Australia with her husband, an unnamed cat, and a lorikeet who’s far too clever. During her life Selina has found ancient Roman treasure, survived cancer, had knights joust at her wedding, been mugged for doughnuts and eaten every bizarre and wonderful food put in front of her. And now, she’s also written and published a novel.

It’s an undeniable truth that Selina Fenech has been lost to the realms of fantasy since she first laid hands on books. Faced with overwhelming heartache that our own world wasn’t so full of magic and adventure, Selina did the only thing she could. She began creating her own worlds of magic by painting and writing.

Then one day, the other children told her that books weren’t cool. Selina turned away from books and writing and submerged herself in her visual art. She became a successful fantasy illustrator, supporting herself with sales of her art that now have a worldwide following. Australian readers will recognize Selina’s fairy and fantasy artwork from bookmarks available in most major Australian bookstores. But the desire to tell stories remained. Because books are cool. Don’t let anyone ever tell you otherwise. 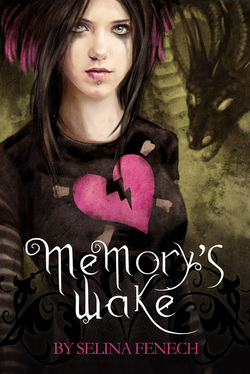 In a culture of cravats and corsets, a troubled sixteen-year-old stands out in her t-shirt and torn jeans. She takes the name “Memory” because hers are stolen, and she’ll do anything to get them back. Lost in a world not her own, where magic and monstrous fairies are real, Memory has enough to handle just trying to stay alive.

Chased by wizard hunters, hunted by a dragon, stalked by a strange, handsome savage, despised by the fae and wanted by the king himself – everyone is after Memory, and she suspects it’s not just for her eye-catching outfit. Her forgotten past holds dangerous secrets that will change everything.

Memory will fight to get back to a family and home she can’t remember but desperately desires, even at the cost of new friendships and romances. On the run with no name and no memories, she thinks she has nothing left to lose. She couldn’t be more mistaken. 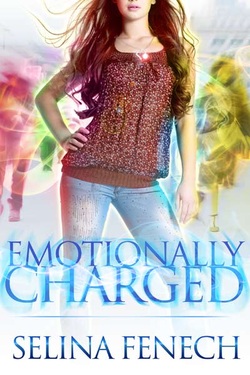 Livvy always dreamed of the day when a rich, handsome hero would appear and whisk her away from her mundane life. She never thought she would have to become the hero.

Reading the emotions of people around her is easy for Livvy. When an earthquake strikes her city, a supernaturally attractive group of rescuers show her that her power goes beyond that. She’s now one of them. Special. But the dream life she’s been swept into seems too easy, and soon turns into a nightmare.

A bite sized paranormal romance for young adults, Emotionally Charged is a novella of 26,000 words, or 130 pages, about a third the length of a normal novel.