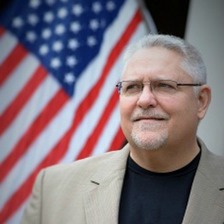 Scott Black served in the United States Navy from 1982 to 1989 with three years aboard the USS Miller (FF-1091), out of Newport, Rhode Island. His debut novel Lockdown, is a fictionalized account of the shocking events that occurred on the Miller in 1985.

Scott was born in New Jersey. He attended Middletown North High School where he played football and met his life-long partner and wife DeAnna. Upon graduation he joined the United States Navy and served for eight years; after the Navy he worked his way through college earning a Bachelor of Arts degree in Natural Sciences and Mathematics, and has held various engineering and management positions in several manufacturing companies – corporate life has offered many opportunities to travel the world and Scott has visited more than thirty countries.

In his spare time Scott has always found creative ways to release his energies; a former singer, musician, and actor, his love of the arts drives a desire to continually engage in creative endeavors. He has walked the boards as a member of The Rhode Island Shakespeare Theatre and was once the lead singer / front man in two Jersey Shore rock bands. The love of arts and the lure of books has built a new passion in him; writing.

Scott enjoys spending time with his wife and two daughters and currently resides in the Greater Atlanta area – his next writing project is in the works.