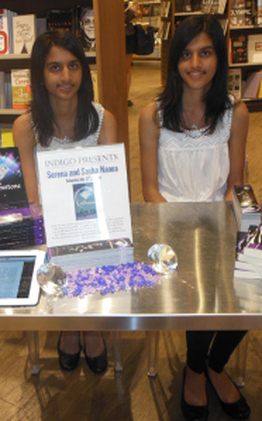 Sarena and Sasha Nanua are teenage twins living in Mississauga, Ontario. They love reading books in their spare time and enjoy science fiction and fantasy novels. They have been writing books since they were nine years old. The Gemstone is their first novel.

The Pendant Trilogy, Book One: The Gemstone 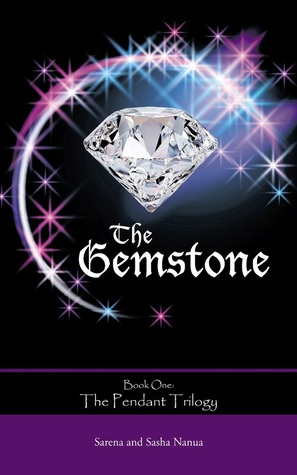 Arica Miller is thrilled to begin her sophomore year at Hill Valley Private Arts Academy. Little does she know that the prestigious school holds more hidden secrets than she'd anticipated—especially with the headmistress.

When Arica accidentally comes into contact with a mysterious gemstone necklace, she receives strange hallucinations that connect to her family's past. She soon realizes it is no regular necklace, but a necklace that contains power beyond her knowledge. Things take an even more dangerous turn when she is absorbed with knowledge of a world of sorcery.

Follow Arica as she faces suspicious friends, monstrous creatures, and struggles to come to terms with the truth of her family's connection with sorcery. Can she defeat a powerful enemy keen on getting the gemstones?

Unravel the intriguing answer as you witness Arica’s thrilling journey in The Gemstone! 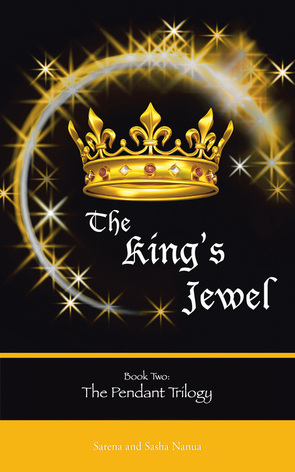 After an unthinkable battle, Arica Miller is bursting with questions. The last thing she expected was to go to the source of all magic—the Sorcerers Underworld. She soon realizes the magical world is facing an immense threat: The king’s crown, also known as the Jewel, has been stolen by an unknown thief. And what’s worse, the gemstones have been taken by a magical flood that has a suspicious link to the headmistress.

Now Arica and her cousins are summoned to go on a dangerous search that leads them to the waters of the Bermuda Triangle. If Arica wishes to return home, she must find the gemstones and unlock the mystery of the Jewel’s thief; but what she doesn’t realize is that the culprit could be closer to her than she’d ever imagined....

Follow Arica in a new quest to unravel the mystery of The King's Jewel! 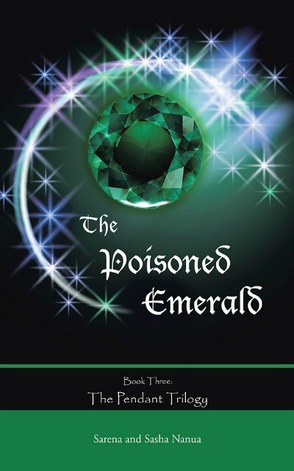 AS WINTER ARRIVES Arica Miller is back to regular school life at Hill Valley. After resolving the disappearance of the King’s Jewel and returning it safely, Arica doesn’t expect anything else to go wrong. Too soon does Arica learn that a great evil—a poison—has spread through the Sorcerers Underworld, threatening to take away all magic. And worse, the only person who can save the magical world has been kidnapped: the king.

In order to find the king, Arica and her friends must follow an ancient prophecy in which they must defeat vicious creatures, travel through mysterious forests, and restore peace to the poisoned land—no matter how dangerous it could be … In this final installment of The Pendant Trilogy, Arica learns of dark pasts, unknowable futures, and the truth of the pendant’s origin. Arica doesn’t have much time left—and if she fails, the mortal and the magical worlds are both at stake.