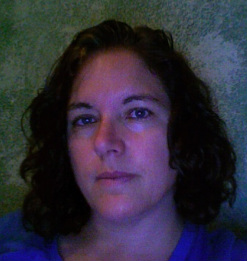 Sara Thacker lives in the southern part of the US with her two dogs, two two kids and husband. She writes scary suspense and creepy paranormal books. 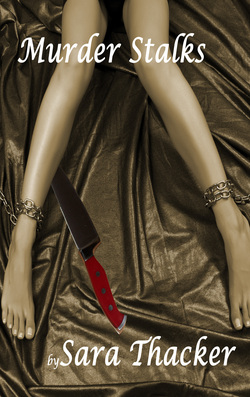 When young women start dying, lead detective Tony Santos is drawn into a web of deceit and revenge that forces him out of the police department and directly into the sights of the killer. His wife walked out, and he's glad for that fact after a dead body winds up in his bed. Now he needs Marissa more than ever, but she's got her defenses up and his charm isn't working on her.

Marissa has never been physically strong, but threats to her personal safety force her to prepare for a fight. She hires a personal trainer to help her get in shape. But can Marissa get her emotions in shape and stop her overwhelming desire for Tony? He's too close for comfort but her body begs to differ. She wants him but living in a small hotel room with Tony may prove to be more dangerous than the murders happening close to home. 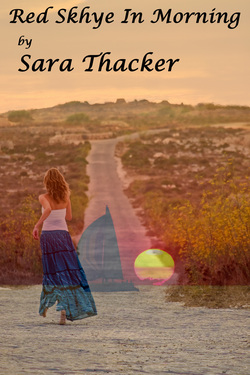 Red Skhye in Morning is a serial book delivered each morning to your Kindle. Delanie Skhye is a movie star desperate for some paparazzi free time. She’s found the perfect place to relax until a storm brings Samuel Taylor to her island. Samuel Taylor is a dissatisfied CEO on break from his work. He takes to the open ocean to find his dream life and get rid of his personal demons. Finding Delanie alone on a private island is more than he ever hoped for, but something is wrong. He can feel it sneaking up behind him like a tiger stalking its prey.

A killer is on the loose, preying on blonds. When he finds Delanie he wants her, but Sam is in the way. The killer targets both Delanie and Sam and they have to fight to be free of the threat.

William Sterling Rowland the Third became an FBI agent to make a difference in this life. When his aunt was murdered he vowed to not sit on the sidelines and only throw money at problems. His favorite singer goes missing, driving him to go out on his own to find the island killer. All hell breaks loose when a hurricane develops, putting everyone in danger.