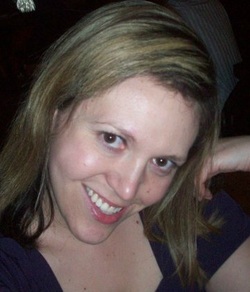 Sara "Furlong" Burr was born on February 1, 1982, in Kalamazoo, Michigan. At an early age, when it became apparent she wouldn't have the luxury of skating through life on her looks or athletic prowess, Sara found her true passion in writing. While in fifth grade, she wrote her first "novel" (whose name escapes her at the moment) about five friends who win a trip to Hawaii. At ninety-something pages, it was her crowning achievement during her childhood (you may now begin drawing your own conclusions on how sad a childhood Sara actually had).

After focusing much of her adult life on her family and career as a paralegal, Sara found the voices in her head becoming unrelenting and she returned to her true passion. Currently, she's working on the sequel to Enigma Black entitled Vendetta Nation. She's also tossing around ideas for a chick-lit book about two ill-fated lovers (Lord, help her).

When she's not writing, Sara enjoys reading (pretty much a given), attempting to garden, shopping (prerequisite to being a woman), and spending time with her family and friends who somehow manage to tolerate her numerous disappearances propagated by infrequent bouts of inspiration. 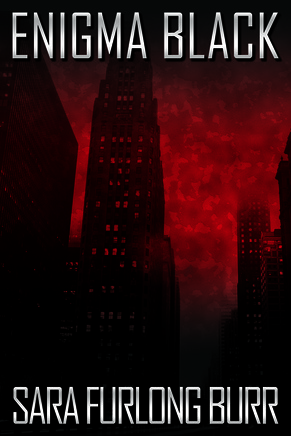 When she was just seventeen, the course of Celaine Stevens' life was permanently altered with the murders of her father, mother, and brother in one of a series of mysterious and violent explosions occurring across the country. Struggling with picking up the pieces, she's haunted by the memory of that day and her promise of retribution against those responsible for her misery. Just as she seems to be getting her life back on track, an encounter with a mysterious stranger promises her the vengeance she desires, ultimately turning the former target into the assassin.

However, as she soon learns, all choices come with consequences. And the consequence of her choice threatens to destroy the very fabric of her being.