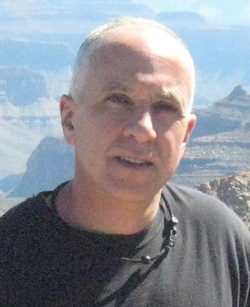 Salvatore Grasso, is a long time resident of Delaware County PA and has been writing fiction for several years. While continuing to market his work to commercial literary agents, he independently published his first novel, Larceny in 2009 and will release his second novel, Trapped under his own publishing label in early 2012. He continues to write thrillers that embrace the criminal mind with twisted plots sparked by real life characters inhabiting a vivid literary atmosphere. Sal’s goal is to complete fifteen manuscripts and publish all of them. He is currently completing more than one manuscript each year. 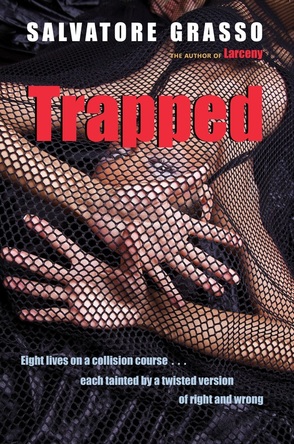 For fetish-driven, emotionally conflicted, Michael Whalen normal relationships never materialize. His unnatural obsession with his sister Mary positions her as a psychological puppeteer–leaving him trapped in a world of his own making. While she successfully uses the men in her life as toys for her perverse pleasures, Mary becomes vexed and jealous when Michael’s attention strays to other women. Fearing the loss of her brother’s affection, Mary plots revenge on the interlopers. Harvesting souls is nothing but sport for Mary causing her to fall prey to her own obsessions.

When women in suburban Philadelphia start to disappear or turn up dead, the FBI’s interest in a decade long trail of missing women ignites. The two local detectives assigned to the investigation soon find themselves saddled with a pair of feds; one with a supernatural ability to stop bad guys in their tracks. One of the missing women is Michael Whalen’s on again off again love, Marie D’Alessio. In a herculean effort to unshackle himself from his sister’s emotional bonds Michael becomes tangled in a net ofmanipulation, murder, human trafficking and corruption. Power and money bait the trap. Soon, they all find themselves drowning in a pit of “old money” covered with the stench of decay and abused societal privilege.

Eight lives are on a collision course; each tainted by their own twisted version of right and wrong. Who will crawl from the wreckage?  The ending will shock you! 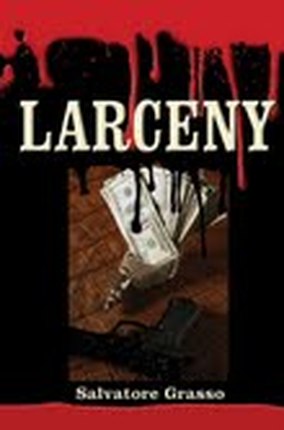 When self-made millionaire, Richard Gillespie senses his firm is crumbling, he develops a complex plan to save his legacy. Gillespie teams with Dr. Bridgette Lonerghan, a university executive, to access a valuable portfolio of inventions. The inventor, Dr. Joseph Ralinski, pocketing millions from side deals over the years, compels high-ranking university officials including Provost Iconera; to set sights on toppling Ralinski’s financial fortress.

Lonerghan becomes a the target in a game of ego and greed between Gillespie and his nemesis, Louis Jacobson – head of the university’s Technology Office, her former lover. Jacobsen loses focus when he discovers his unfaithful wife is drugging him into spousal submission and plots his revenge.

“This deal is getting interesting,” Gillespie observes. “Three people, three angles. Jacobson, greed and selfishness; Iconera, self-righteousness coupled with mistrust; and finally Ralinski, self-importance and arrogance. The only common denominator is ‘self’. The question is how to play this to gain maximum advantage.

FBI involvement escalates the tension and the body count starts to rise.

Available in Paperback, eBook at