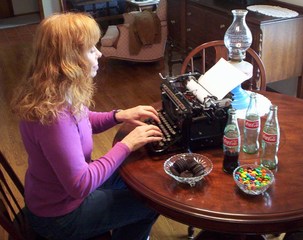 Welcome to my world! Come in, pull up a chair, grab a glass of iced tea and let's chat.

I grew up in a small rural town in southeastern Oklahoma where our favorite entertainment on summer evenings was to sit outside under the stars and tell stories. When I went to bed at night, instead of a lullaby, I got a story. That could be due to the fact that everybody in my family has a singing voice like a bullfrog with laryngitis, but they sure could tell stories—ghost stories, funny stories, happy stories, scary stories.

For as long as I can remember I've been a storyteller. Thank goodness for computers so I can write down my stories. It's hard to make listeners sit still for the length of a book! Like my family's tales, my stories are funny, scary, dramatic, romantic, paranormal, magic.

Besides writing, my interests are reading, eating chocolate and riding my Harley. 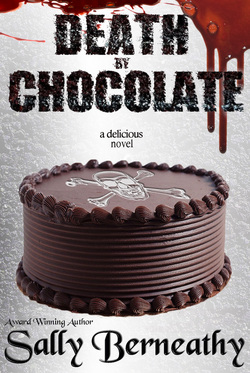 Lindsay Powell's only secret is the recipe for her chocolate chip cookies, but she is surrounded by neighbors with deadly secrets. Suddenly Lindsay finds herself battling poisoned chocolate, a dead man who doesn't seem very dead and a psycho stalker.

Her best friend and co-worker, Paula, dyes her blond hair brown, hides from everybody and insists on always having an emergency exit from any room. Secrets from Paula's past have come back to put lives in jeopardy.

Determined to help Paula and to save her own life, Lindsay enlists the reluctant aid of another neighbor, Fred, an OCD computer nerd. In spite of his mundane existence, Fred possesses tidbits of knowledge about such things as hidden microphones, guns and the inside of maximum security prisons.

Lindsay needs more than a chocolate fix to survive all this chaos.

The Ex Who Wouldn't Die 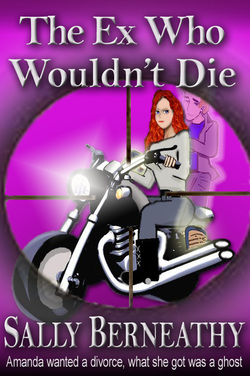 When Amanda's lying, cheating, scam-artist husband, Charley, saves her life in a near-fatal motorcycle accident, she can almost forgive him for dragging his feet on their divorce. Then she discovers he'd been dead for several hours at the time she thought he rescued her. And not just dead…murdered.

On the good side, at least they are no longer married.

But she's the primary suspect in Charley's murder and, as if that isn't bad enough, Charley's ghost shows up in her apartment. He was rejected, kicked back, not allowed to go into the light. The situation was bad enough when he was alive and trying to charm his way back into her life, but now he claims to be unable to go more than a few yards away from her. She can't even be certain he isn't peeking when she undresses for bed.

Even death did not them part.

As Amanda puts her life in danger in an effort to bring Charley's murderer to justice and send him into the light or the dark or anywhere away from her, she learns her knowledge of Charley's misdeeds is only the tip of a toxic iceberg. Charley blackmailed his murderer, blackmailed Amanda's father, lied about his family being dead when he is actually related to half the town of Silver Creek, Texas, and, with his treachery, has stirred up secrets that will change Amanda's life.

Murder, Lies and Chocolate: Book 2 of the Death by Chocolate series 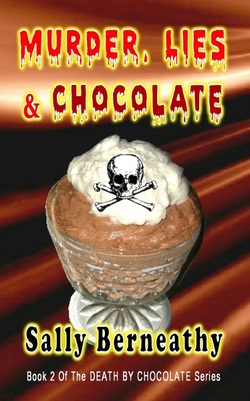 Rodney Bradford comes into Lindsay's restaurant, offers to buy her small house for double its value, eats her brownies, and drops dead on the sidewalk in front. Then someone breaks into her house and tries to dig up her basement. Next her almost-ex-husband offers to sign the divorce papers, but only if she'll give him her small, old house and take his big, new house instead.

Suddenly everybody wants Lindsay's house. Is there oil under the basement, plans to bring the railroad through, pirate treasure buried in the basement?  A second break-in occurs and causes her cat, King Henry, to launch into full attack mode, taking a few chunks out of the intruder.

Lindsay enlists the aid of her enigmatic neighbor, Fred, to help solve the mystery while trying to keep her police detective boyfriend, Trent, from getting in their way with his insistence on all those silly cop rules.

On the positive side, sales skyrocket for the special dessert Lindsay calls Murdered Man's Brownies. Prisoners, murderers, crazy relatives and strippers are all part of the chaos in this second book of the Death by Chocolate series.

The Great Chocolate Scam: Book 3 in Death by Chocolate series. 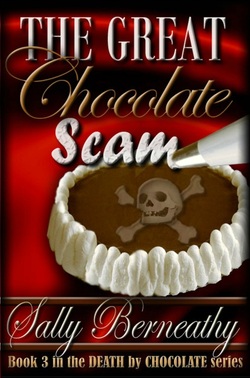 Rick's car blows up in his driveway. Lindsay is left with an image of Rick's green SUV flying around the neighborhood along with pieces of Rick—a blue contact lens in Mrs. Hawkins' driveway, a perfectly creased trouser leg hanging on the street sign, a vertebra on the immaculate lawn.

Since their divorce wasn't final and Rick has no family, Lindsay assumes she is his only heir. Then Bryan Kollar, local celebrity bodybuilder and owner of the chain of gyms, Body by Bryan, comes into Death by Chocolate and asks to buy back the flour mill built by his great-grandfather and purchased by Rick before his death. Lindsay readily agrees that, as soon as she gets title, she'll return it to him.

But before his estate is settled, Rick has more relatives than a lottery winner.

What was Rick planning to do with the old flour mill? Why does Bryan want it back? He doesn't even eat refined flour!

Is the obnoxious Rickie, Jr., really Rick's son? Why is the woman who claims to be Rick's mother so certain the child is not her grandson? Are these people really related to Rick, or was he actually an alien stranded on earth when the mother ship left without him?

Come for the Cookie Dough Cheesecake Bars, stay for the murder, mayhem and fun! 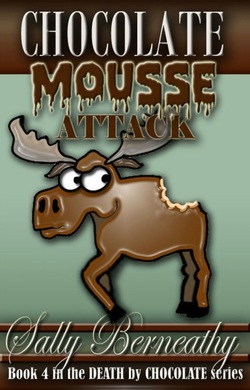 A phone call at two a.m. is never good news. But there’s bad news and then there’s strange news. Lindsay’s two a.m. call is a plea for help. There’s a woman in Fred’s closet and he can’t get her out.

Their new neighbor, Sophie Fleming, has taken up sleepwalking, straight into Fred’s house and his bedroom closet. She’s having nightmares about the brutal stabbing of a little girl named Carolyn. But Carolyn was her imaginary childhood friend.

Lindsay, Fred, Trent, Paula and Henry must solve a twenty-year old murder with no bodies, no DNA and no proof the victims ever existed.

How can someone who never lived be murdered? Why is Sophie seeing it happen in Fred's bedroom? Why is she hiding in his closet? Will his clothes even fit her?

The Ex Who Glowed in the Dark: Book 2 in Charley’s Ghost series 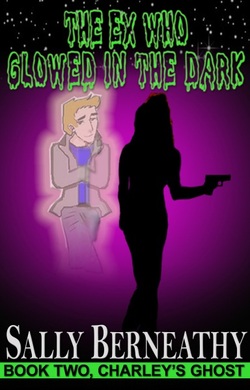 Amanda was divorcing her lying, cheating husband Charley when he was murdered. Now she’s stuck with his ghost and finds herself entangled in a kidnapping. The younger brother of her assistant, Dawson, has been kidnapped.

Strange, though, that Dawson's never mentioned a brother, and when an e-mail arrives demanding a ransom for the boy, it's not the usual large sum of money in unmarked bills they want, it's computer code. WTF?

Do the kidnappers really exist? Is Dawson’s brother only an Avatar from one of his computer games? Will Amanda ever get rid of Charley? Will she give up her Coke for a Pepsi? Will Global Warming melt her Magnum Double Chocolate ice cream bar? Okay, you need to test that last question for yourself, but the answers to everything else are in this book!