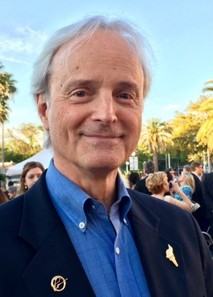 “Internationally published author, biographer and ghostwriter of non-fiction and novels” sounds fancy, but I'm simply a professional author with a mission to write entertaining, uplifting stories for reader enjoyment.

People tell me that I write well: ‘[Kule] creates emotional stories... he paints pictures with his words.’ Well, I write what I see in front of me, adding imagination where it will improve the story.

Growing up in a cramped house, competing for personal space among seven brothers and sisters, two parents, (most times) at least one good hunting dog, and a score of kids living on our block, I learned how to hold my ground, at times from a perch 30 feet up my favorite tree in the woods behind our house.

My heritage paint-brushed a wanderlust onto my life-canvas: I've spent time in 35 countries and performed keynote-speaker engagements in 17.  I laugh often and can experience a panorama of emotions just for fun, but I prefer to make other people smile, laugh and generally feel happier for having met me or my written works.

If you curl up with one of my books and find yourself breathless, provoked, inspired, changed and feeling like you just undertook an important journey which left you more than satisfied, my job as the author will have been a success.

Currently, home is Clearwater, Florida, but my passport yearns for more nation-stamps, and my bags can be packed on a moment's notice!

“You do like this, do like that;” “Very easy, very nice,” and “I see you!” he tells them. “If a housewife or man sees me do something in 90 seconds, they figure they can make it in five minutes,” Tell says.

Yet, Tell Erhardt lacked an inner peace and understanding, which he craved. The scars of his childhood and his mother’s ignominious death drove him through three restaurants. He outlasted two marriages, another suicide, sporadic drug use and clandestine sexual conquests before he found the two measures of personal happiness he had sought all along: the honest, loyal love of a woman he could trust implicitly, and his own syndicated-TV cooking show (after he turned down The Food Network’s arguably first contract offer ever made to a chef).

Just as a new breeze caught the mainsail of his storied career vessel, two untimely falls led to ill health, lawsuits, marital strife and a (fortunate) discovery of a long-standing diabetic condition. Undeterred, Tell recovered everything: He kicked all medications, manhandled his diabetes with dietary changes and exercise, lost 100 pounds, rehabilitated his marriage, and began his sixth cookbook—an earlier one sold 230,000 copies—this one loaded with diabetic recipes.

But Tell never arrived to teach his cooking class at The Restaurant School at Walnut Hill College on Friday morning, October 26, 2007. Instead, he died alone at home. Surprised and shocked internet and news-media posts included this comment: “Chef Tell has died? Stick a fork in him, he’s done.”

Friedemann Paul “Chef Tell” Erhardt would have loved that. His biography, CHEF TELL The Biography of America’s Pioneer TV Showman Chef reveals “the rest of the story” for his millions of Baby-Boomer fans to enjoy.

Ruined by Murder Addicted to Love

ThunderCloud (The Oddities of a Young Man's Journey to Manhood)