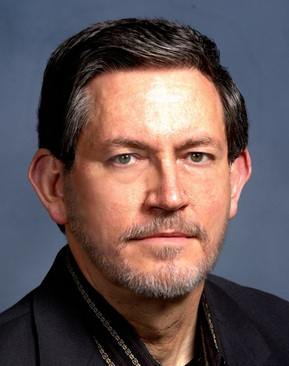 Robert David MacNeil is an author, wine-lover, and investigator of things supernatural. Over the last twenty years he's traveled to 32 nations researching, writing, and teaching on angels, demons, and supernatural encounters. His travels have taken him from the steppes of Mongolia to the jungles of Thailand, and from the Eskimo villages of Northwest Alaska to le fin del mundo, the "end of the world," at the tip of South America.

Long a fan of science fiction and suspense thrillers, Robert also has a love for history–especially ancient Greece, Rome and medieval Europe. He's particularly fascinated with Patrick, Columba, and the ancient Celts of Ireland and Scotland. The Celtic monks had a special relationship with the angels. They also loved beer and invented whiskey. The Irish really did save civilization!

Robert and his wife, Linda, live near Dallas, Texas. He has authored five non-fiction books under a different pen-name. Iona Portal is his first novel. 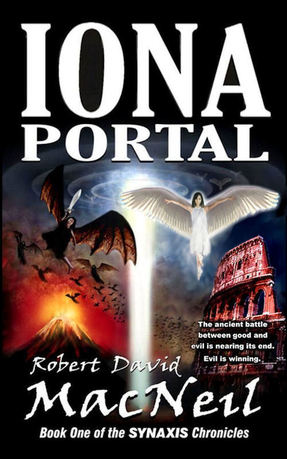 Since ancient times, our planet has been visited by powerful aliens who shift between parallel worlds as easily as we move from sunlight to shadow. Described in our myths as angels, gods, and demons, these trans-dimensional beings often walk among us unnoticed, but they’re locked in a battle older than time, with our future hanging in the balance.

The Archons’ goal is to destroy the human race and seize our world for their own. Standing against them are the Irin, a benevolent race of winged aliens with great power but limited numbers. As our planet sinks rapidly toward apocalyptic doom, our only hope lies in the Synaxis, a group of ordinary men and women conscripted by the Irin and given supernormal powers.

But it’s a race against time. And as the Synaxis members trek across the Scottish highlands to open the ancient dimensional portal on Iona, they must overcome heavily-armed psychopaths, flying bat-winged demons, and the awakening of a long-dormant volcano. Most of all, they must learn how to use their fantastic new powers to drive back the Archons and rescue the world from destruction.

Sample a preview chapter of the upcoming  Iona Stronghold.