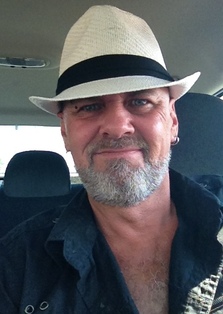 RJ Parker, P.Mgr.,CIM, is an award-winning and bestselling true crime author and serial killer expert. He has written 16 true crime books, available in eBook, trade paperback and audiobook editions and have sold in over 100 countries. He holds Certifications in Serial Crime and Criminal Profiling. Parker publishes for several authors under his company RJ Parker Publishing, Inc.

To date, RJ has donated over 2,050 autographed books to allied troops serving overseas and to our wounded warriors recovering in Naval and Army hospitals all over the world. He also donates a percentage of royalties to Victims of Violent Crimes.

If you are a police officer, firefighter, paramedic or serve in the military, active or retired, RJ gives his eBooks freely in appreciation for your service.

Parents Who Kill Their Children

"Acclaimed true crime author, RJ Parker, has a knack for collecting high-profile cases under specific themes. This collection about parents who kill their children provides a fast-paced, gripping overview of how things can go horribly wrong in once-loving families. From Andrea Yates to Jeffrey MacDonald to Susan Smith, Parker reports on the stunning case details and suggests reasons why the parental bond can get so twisted.  The updates at the end of each chapter add a lot, since popular media rarely follows up. An important reference for true crime readers." - Dr. Katherine Ramsland, Ph.D., bestselling author of "The Mind of a Murderer" and "The Ivy League Killer."

COLD BLOODED KILLERS (Killers from around the World)

David Berkowitz - The Son of Sam
Ottis Toole and Henry Lee Lucas - The Homosexual Crime Team
And Many More.

"Here's a chilling and engrossing collection of killers, presented with the no nonsense seriousness of Jack Webb in DRAGNET. Perfect for a True Grue Crime fix!"

~ David F. Bischoff (TV Writer and NY Bestselling Author of 82 books including Phantom of the Opera and Star Wars)
"Unsolved Serial Killings by R.J. Parker is a fascinating glimpse into the mindsets of cold blooded serial killers. Complete with F.B.I stats, profile classifications and psychotic windows to peer into, this book is about the most horrific of criminals."

Beyond Sticks and Stones

The Vampire Next Door: The True Story of the Vampire Rapist 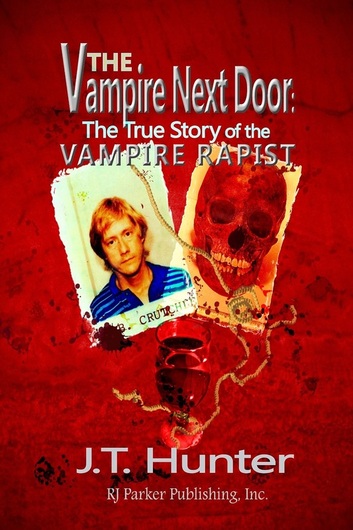 
John Crutchley seemed to be living the American Dream. Good-looking and blessed with a genius level IQ, he had a prestigious, white-collar job at a prominent government defense contractor, where he held top secret security clearance and handled projects for NASA and the Pentagon. To all outward appearances, he was a hard-working, successful family man with a lavish new house, a devoted wife, and a healthy young son.

But, he concealed a hidden side of his personality, a dark secret tied to a hunger for blood and the overriding need to kill. As one of the most prolific serial killers in American history, Crutchley committed at least twelve murders, and possibly nearly three dozen. His IQ elipsed that of Ted Bundy, and his body count may have as well. While he stalked the streets hunting his unsuspecting victims, the residents of a quiet Florida town slept soundly, oblivious to the dark creature in their midst, unaware of the vampire next door.
Amazon
Please share