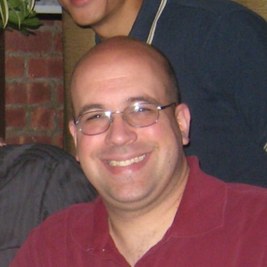 In the latter part of the 20th century, Rick Gualtieri was born. The world as a collective said 'meh' and thus he began his journey through a life filled with all sorts of quirks and oddness. What better thing to do than write about it? Rick Gualtieri is the author of The Poptart Manifesto, a collection of humorous short stories, and Bill The Vampire, the first in The Tome of Bill series of horror/comedy adventures. He currently lives in NJ, a good place to be for people like him. 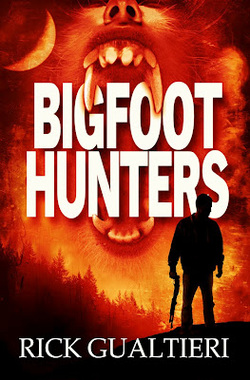 Horror
Evolution is about to be kicked in the teeth by some very large feet.

An ancient terror has descended upon a remote Colorado town. The legendary beasts known as Sasquatch have emerged from the woods, hell-bent on killing everything in their path.

The only thing standing in their way are a group of wayward campers, a few scared survivors, and the host of a cable TV show...but it might just be enough. 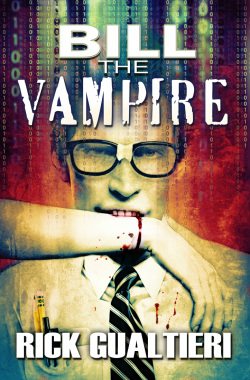 There are reasons we fear the night.
He isn't one of them.

Meet Bill Ryder: programmer, gamer geek, and hopeless dweeb when it comes to women. All he ever asked for out of life was to collect his paycheck, hang out with his buds, and eventually (someday) ask out the girl of his dreams.

However, then Bill met Sally. She was mysterious, aggressive, and best of all...smoking hot. Bill never stood a chance. Before he knew what was happening Sally had lead him to his death, and that was only the beginning of his troubles.

Now Bill awakes to find himself an undead predator of the night. The only problem is he's still at the bottom of the food chain.

He's in way over his head, surrounded by creatures more dangerous, better looking, and a whole lot cooler than he is. Worst of all is the dreaded Night Razor, a master vampire who just can't stand him. He gives Bill a 90 day deadline to either prove himself or meet a more permanent kind of death, and the deck is definitely stacked against him.

But Bill isn't exactly average. A vampire like him hasn't been seen in over five centuries. He's got a few tricks up his sleeve, unlikely allies to help him out, and an attitude problem that makes him just too damn obnoxious to quit. He may just pull it off...if he doesn't get his teeth kicked in first. 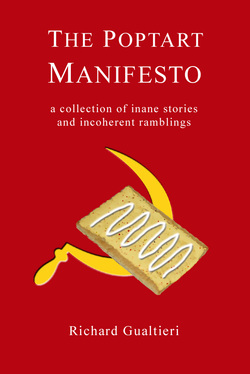 What do umbrellas, mutants, dead plumbers, and of course Pop-Tarts have to do with each other? Nothing really. However, they're all things that the author thinks about...A LOT. Take a journey down this path and see how all of the above, plus a bunch of other odd topics, make their twisted sense to the author.

The Poptart Manifesto is 13 short stories of weird thoughts coupled with slightly out of the ordinary events that are sure to make you think. Or not. But they might, just might, give you a chuckle or two. 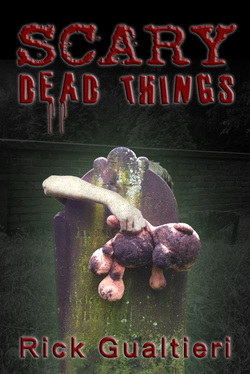 There are reasons we fear the night.

He STILL isn’t one of them.

Bill Ryder: programmer, gamer, and legendary vampire is back!

Six months have passed since a vampire hottie named Sally dragged him kicking and screaming (but mostly screaming) into the supernatural underworld. Since then he’s found himself hounded by enemies and frustrated by his allies. All that and he still can’t work up the nerve to talk to his dream girl. Little does he know his troubles are just starting.

A chance meeting halfway across the world plunges Bill into more insanity than he can shake a stick at. Now he finds himself a marked man in more ways than one. One of the most powerful immortals in the world wants him dead and an ancient vampire princess wants him for entirely different purposes.

However, that might just be the least of his worries as new and powerful forces have begun to emerge from the shadows around him. Are they friend or foe? Considering Bill’s luck, you can bet on the latter.

Bill’s only hope is to marshal his friends, master his powers, and muster enough attitude to stare down the very worst monsters the world can throw at him.

Can Bill survive and prove once and for all that he’s the scariest dead thing of them all?