R.G. Lawrence is the author of Kill Wilson, Golden Boy, Summer With Fidel, and The Circle. When not writing, Lawrence spends his time in his favorite coffee house, at the golf course, or working around his small acreage.

The author's writing philosophy is quite simple: he creates interesting characters and then becomes an observer to their story. He refuses to take blame or credit for the actions of his characters, instead pointing out that they are the players in the story, he is but the fingers on the keyboard. 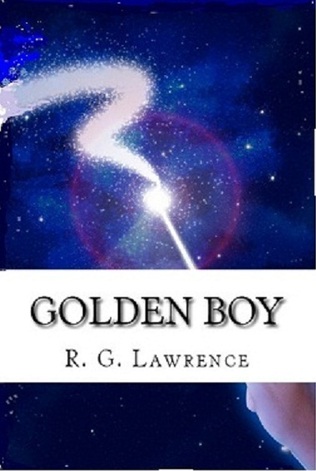 Following a farewell party for two high school athletes at the local country club, seven friends end up at the nearby lake with a couple of cases of beer, an evening of goodbyes before they enter into the world of adults, college, and uncertain futures. What they find at the lake will change each of their lives in strange and inconceivable ways.

As they settle in, building a fire and opening beers, they are suddenly aware that they are not alone. An eighth person has appeared, a tall, bearded man making himself at home amongst the kids. Claiming to be a traveler, he tries to simplify his role in the universe in a manner the teens will understand.

"A traveler, at least when talking about a traveler like myself, is a person who is placed somewhere for a very specific, or possibly in this case, a number of specific purposes."

Without revealing his motives, he offers the teens a deal, a peek into their futures.

The kids think he is a mixture of insanity and delusion, but Gretta, the most adventuresome of the group, takes him up on the deal, choosing to look into her future. REturning from her trip filled with joy and wonder, she is followed by the others.

The decisions this night have the potential for absolute joy, or the risk of terrible consequences. 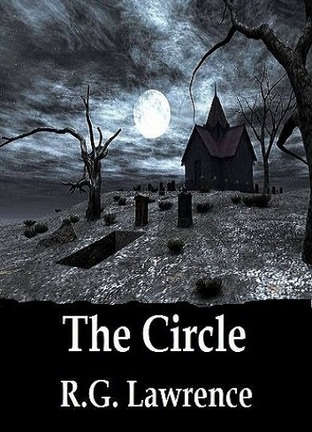 High school teacher Cicely Manley cannot accept the official police version that her favorite student, Lisa Dennis, overdosed on heroin, the same day she signed a scholarship offer to play major college soccer. Cicely is convinced that Lisa was murdered, and she will stop at nothing to prove her student a victim; and to punish whoever killed her young friend.

Deciding that they are in over their heads, Margaret seeks help from some of her old friends from days past, the Irish Circle, a group of ’honorable’ Irish mobsters. By bringing in Tommy O’Malley and his group of Irishmen, Margaret and Cicely level the battlefield. The Circle has the firepower to go head to head with any other criminal elements in the area, and they mean to use all of it to insure the safety and success of their two friends.

Going undercover to flush out the murderer she is looking for, Cicely instead finds herself held captive by a group of criminals that have a large burying field containing the bodies of hundreds of children they have abused, terrorized and murdered.

Facing certain death, Cicely tries desperately to escape before she permanently joins the children of the field. That is, unless the Circle can uncover all the layers leading to Cicely, Lisa’s murderer, and the largest child pornography ring in the country. 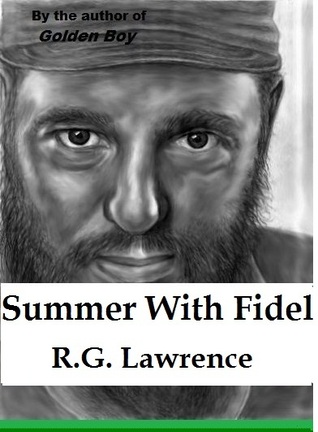 A boy, a baseball, and a friend. Sounds so simple, but life is not always as it seems.
The only life thirteen-year-old Danny Lester has ever known is moving every year, being harassed by bullies at new schools, and coming home every evening to a berating or beating from his sadistic father.

Living in an abusive, tormented world in Columbus, Ohio, Danny is given a second chance at finding happiness when he travels to Cuba with his father during the summer of 1964. While his father works illegally for the Cuban Department of Agriculture, Danny is placed with a host family on a farm near Pinar Del Rio, Cuba.

Working around the farm with the Machada family, swimming in the ocean every day, and adopting a stray dog are all new experiences for the boy. But what he really wants to do is to play baseball, an activity his father forbids.

And then Danny meets Mr.Fidel, a stranger he encounters on the beach of Pinar Del Rio. The two share the same love of baseball, and soon develop a friendship based on the Cuban national game. Mr. Fidel teaches Danny that life is like a baseball game, and the fundamentals of life, if learned well, will carry him to success in anything he does.

Finding a world of family, friendship, and love, Danny flourishes in the tropical country, all the while knowing in a few short months he will be returned to his nightmare in Ohio.

Or will he? As Danny grows closer to Mr. Fidel and the Machada family, a plan begins to develop in his head, a 1,000 to 1 shot that just might keep him in Cuba. Or it could backfire and return him to a worse hell than the one he had come.
It all depends on his friend, Mr. Fidel, and if the man has any political clout in Havana. 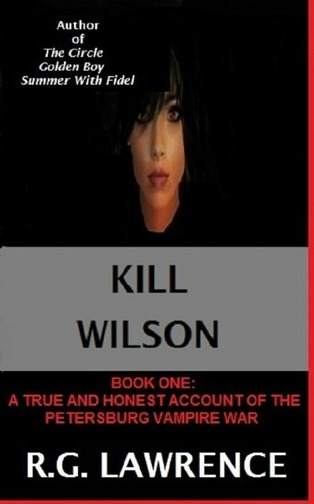 This tale has been going around for a few years, and like all good stories, it seems to have grown and expanded until it has taken on epic proportions. That’s all fine and good, if the folks involved in the war were all dead and buried. But that’s not the case.

Thing is, there’s a bunch of people who, directly, or indirectly, were responsible for the events that took place on Mitkof Island, in Southeast Alaska. And seeing as I know a few of them, and I know the truth about who did what to who, it made sense to me that a proper recording of the events needed to be made. My friends who had a hand in the war, vampires and humans, have given their blessing on this chronicle.

You heard me. Vampires. There are a sizable number of vampires living amongst the human race. Many are working alongside you, some socializing with you, a few teaching your children in school, and occasionally, you might even have slept with one. The story begins with three roving vampires, and a few innocent decisions that went horribly wrong.

Anne Marie Paine, (a vampire who had been murdered and reborn in 1882 at the age of sixteen) along with her sire, Danner, and her brother, Riley, have spent a hundred years traveling the country, roaming from one place to the next. They’ve made friends, forged business alliances, and made a bit of money, but they were drifters, answering to nobody.
Things change when Danner is called to appear before his sire in a tiny town in Alaska. The three leave immediately, not realizing their immortal lives are about to be changed forever. The horrific events that take place during their ill-fated trip leave Anne Marie with one single focus: to collect a blood debt from Danner’s maker, Beryl Wilson.

The tiny, ill-prepared and unqualified girl is willing to sacrifice everything, including her immortality, in the pursuit of Wilson’s head.

For nearly two years, Anne Marie trains with the world’s greatest warriors, preparing her body…and her mind, for the impossible task in front of her.

Assembling a crew of vampire warriors and human Army veterans, she sets out for Alaska to collect the debt Wilson owes. The team contains a former Ranger sniper, a Kenjutsu sword master, a munitions expert, and the greatest vampire warrior of the past 400 years.

What follows is the honest account of the vampire war that took place on the east side of Mitkof Island, near the town of Petersburg, Alaska. This truthful version of the events doesn’t attempt to gloss over the facts. There is violence, horror, sex, and drugs. There is grotesque murder, insanity, and domestic sadism on a grand scale.

But there is also friendship, loyalty, respect…and finally, closure.

Above all else, the story sticks to the facts. If you have a weak stomach, I suggest you continue researching the other numerous accounts recorded about the Petersburg War. You might find a softer, gentler version of the story. But you won’t find the truth.

For those who have the fortitude to continue, don‘t be scared. But I suggest you be ready to accept the reality about vampires. A good rule to live by is…it’s a hell-of-a-lot better to have them on your side, than as your enemy.

When you finish this story, I think each of you will agree.

Blood Debt:
Balance due, or an obligation resulting from the unlawful or illegal death of an innocent. The obligation, as a rule, demands the demise of the person responsible for the initial death.