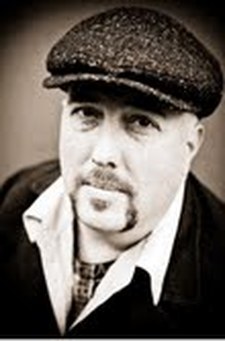 Born in California, Ren Cummins lived in three more states and one other country before finally settling down in Seattle, Washington. There with his wife and daughter and their two dogs and one of the heaviest cats in existence, he juggles a love of writing, music, science fiction and the occasional desire to make an honest buck.

After a college professor in his English department took a good look at his work and aspirations, and subsequently challenged him to find his voice out in the world and not in a classroom, Ren decided to interpret this challenge positively (and not in a "why don't you just get out of here, you miscreant!" sort of way) and has been working to find that very voice ever since.

Along the journey, such relatively mundane occupational interruptions like working as a hotel manager, music studio engineer and middle eastern drummer for belly dancers offered their respective distractions. These only served to diversify his voice, granting new accents and dialects. His life-long studies of philosophy, religion and the evolution of language have also played their part in affecting the development of his writing style.

After the birth of his daughter, Ren began to focus these efforts into a singular purpose, finally designing and displaying the world of Aerthos, which subsequently evolved into an entire trilogy of stories, focusing on the Sheharid Is'iin, a race of beings charged with the protection of life itself as well as its progress and evolution in the lives beyond death. As of the end of 2009, "The Morrow Stone", the first of a three book series was published; "Reaper's Flight", the second volume was launched at the end of 2010. These two books were later launched into a YA-focused 6-book series.

Astoundingly, with all that in motion, Ren still continues to play the piano and doumbek in his free time. Clearly, the man has invented some sort of time machine. 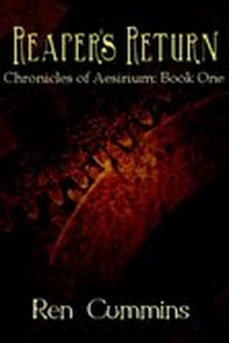 In the exiled community of Oldtown-Against-the-Wall, people have lived in fear from not only the monstrous creatures that plague their streets each night, but from the legendary Reapers, whose children's tales describe as powerful mystical beings capable of drawing away one's very soul while they lay sleeping.

Reaper's Return follows the story of the twelve-year-old orphan girl Romany as she is drawn into the murky history of Oldtown, and she learns not only that the Reapers may be less myth and more real; but that her own destiny may be directly tied to them as well.

With her friends Kari and Cousins, Rom finds herself rapidly drawn into a mystery that is tied to the origins of Oldtown, and must risk everything to find her way home, even past death itself. 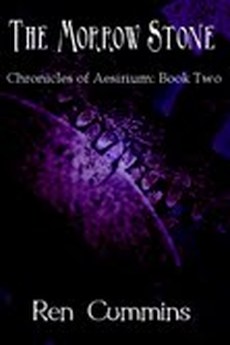 On the world of Aerthos, the large community of Oldtown-Against-the-Wall has long been the refuge for the former citizens of the city of Aesirium, Utopian citadel of science and magic. But outside the defensive wall, the exiled townspeople have fallen under siege by undead monsters from the wild. Among them, however, a trio of young children seem to be key to the survival and evolution of this town. Can they learn to utilize their individual skills and talents in time? And what is the Morrow stone, what role does it play, and why do so many people seek it?

The City of the Dead 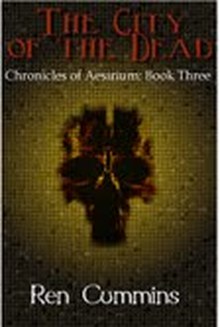 The great and overwhelming Wall which enforces the exile of the people of Oldtown-Against-the-Wall also protects a substantial secret: namely, the lives and life which has also proceeded on inside the Wall. The citizens of Aesirium, protected by the Wall, are content within their relative ignorance; until a new threat reveals itself among them.

Rom and her friends must investigate and defend themselves against the mysterious sandmen, following their trail out beyond the streets of Oldtown, the Wild and into the City of the Dead.