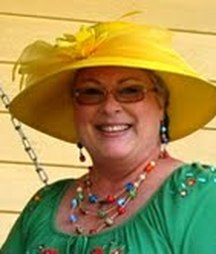 Rebecca Ryals Russell writes MG and YA Dark Fantasy and Horror while living in a Victorian house on five acres with her family. She also runs a Vacation Rental Log House on the property. She is a fourth generation Floridian. She was born in Gainesville (Central Fl), grew up in Sunrise (South Florida), lived in Orlando (Central Fl) and Jacksonville (NE Fl) before settling outside Lake City (North Central Fl). The daughter of a school principal and school secretary, for fourteen years she taught Middle Grades, preferring English and Creative Writing. She had several students’ works published in anthologies as well as her own poetry, photography and stories. Her main interests are her four children ages 22, 19, 16, 11 and Irish hubby of 35 years. She enjoys spending her time writing, drawing, movies, reading. 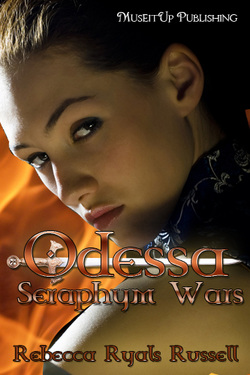 Odessa of the Seraphym Wars YA Series

Myrna Ashlin Watts graduated from High School in Jacksonville, Fl just in time to find herself transported to a bizarre and primal planet corrupted by demon-dragons. And they want her DEAD. Her problem is, she has been recruited to kill them, too.

18-year-old Myrna is drawn into the middle of an epic battle between Seraphym and Demons. An average High School student from Florida, she wakes one morning on the Steampunk planet of Dracwald, home of the demon-dragons responsible for her sexual attack two years earlier, her brother’s recent murder as well as many other atrocities in the news. She meets Michael, her guide, who explains that according to prophecy, Myrna must gather the remaining six Vigorios (teen warriors with special talents) then train with the Majikals on a protected island.

Reluctantly, but knowing it is her only way to get back home, she agrees to lead - battling dragons and monsters while crossing swamps and mountains, forests and seas. She wrangles with inner demons from the sexual attack, when three very different men join her quest—a seasoned demon/dragon-slayer who irritates but beguiles her, a tender and sweet mentor in whom she trusts completely and a roguishly handsome Scientist who sets her senses aflame.

How is she expected to lead the others and keep everyone safe with so much inner turmoil? Whom can she trust, if anyone, even herself? How can anyone expect her to be a leader? Much less one who leads an army in a Holy battle?

Will love and lust, jealousy, greed, deceit and distrust break the delicate tie that binds these teen warriors called The Vigorios? Can a troupe of teens help the Seraphym finally defeat the massive empire of evil dominated for eons by the demon-dragons of Dracwald?

Now available at MuseItUpPublishing.com as an eBook then in print a few months later. Guardian, a Prequel, is due out September 1, 2011 and Harpies, the next installment in the series is due out January 1, 2012. The remaining two books in the series remain to be written. 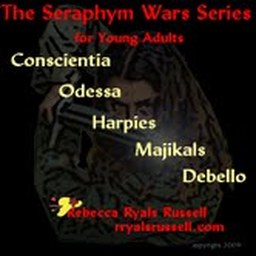 Laud created everything. And all was good. Then one of his prime advisors decided he could do better at governing and pursuaded other angels to rise up against Laud. The coup was a failure and Laud threw Narciss and his Legio out of Asgard. He put them on the planet of Solsyl, hoping the loyal residents would help Narciss and his Legio soften in their evil.

Instead Narciss and his Legio of demons worsened until they had become dragons living in caves in the mountains and could think no good thoughts at all. In fact, Narciss was now more determined than ever to rule Solsyl, as well as Tartarus, which he already ruled and Asgard.

After the coup Laud created The Conscientia, a group of twelve Holy beings to help him. But he also created one final fall-back plan – a group of seven children called The Vigorios, who would help in the final battle between the Seraphym and demons when the time came.

Then he wrote the Prophecy and the plan was set in motion.