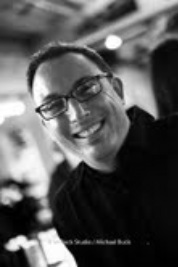 R. A. Evans writes. By day he prostitutes his creativity for the advertising industry. By night, he writes for pleasure. It’s what he does. It’s who he is. If you like your humor dark, your blood-letting messy, and the creepiness factor cranked to eleven, he’s the author for you. His debut novel, Asylum Lake, has hit the shelves to rave reviews.

A graduate of Grand Valley State University, Evans started his career at a small town newspaper, and has spent the past fifteen years working in marketing and public relations. 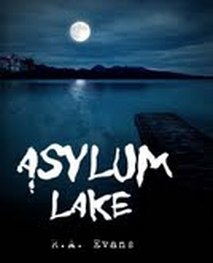 The State’s second largest Psychopathic Hospital opened in 1917 on 600 wooded acres overlooking a small lake near Bedlam Falls, Michigan. Through its doors came the weak and the weary, the disabled and the discarded, the frail and the forgotten. But an open door is an invitation, and some visitors, once invited, are loath to leave. The hospital abruptly closed in 1958 under a cloud of mystery. It has remained empty and silent, save for the memories trapped both within its walls and far below the surface of the nearby lake that bears its name. At the bottom of Asylum Lake, the unremembered are growing restless.

Brady Tanner is trying to outrun memories of his own. After the sudden death of his wife, Brady retreats to the small town where he spent the summers of his youth. But he soon learns small towns can be stained by memories…and secrets, too. As Brady is drawn into unearthing these secrets, as he discovers a new love in an old friend, he is also drawn into the mystery of Asylum Lake and the evil that lies submerged beneath its sparkling surface. What is the source of this evil – and what does it want with Brady Tanner?

Available in Print at SchulerBooks.com 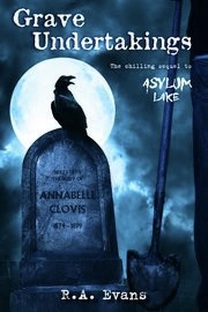 Brady’s search for answers intensifies as he and his companions pick up the trail of the illusive Dr. Wesley Clovis. As the mysteries surrounding the man’s sinister plans begin to unravel, Brady is left to ponder just what could lead a man to such Grave Undertakings……

The methodical footsteps approaching down the tiled hallway of the Pleasant Grove Psychiatric Hospital were as precise as a metronome. Their thunderous echo reverberation ended abruptly at the registration desk.

“May I help you,” the middle-aged, overweight secretary asked without looking up from her finely-manicured nails.

The man’s baritone voice was formal beyond reproach. She flinched beneath its weight. “Indeed. I am here to finalize the transfer of care for one,” pausing as he produced a thin file from an oversized black case, “Collins, Lionel J.”

The receptionist looked up from her polished nails into the ageless face of Dr. Wesley Clovis. Silver hair flowed from beneath his puritan hat, while a starched white collar concealed his throat under a cloak the color of midnight. His hungry smile widened below cold blue eyes.

She accepted the file, paging nervously through the paperwork, before reaching for the phone.

“If you can wait one moment,” she replied, gesturing toward a small cluster of uncomfortable plastic chairs.  The man nodded, his smile unflinching, and remained rooted to the floor.

Shortly thereafter, a boy was led by two white-clad orderlies from behind the locked doors at the end of the hall.  He was small and frail with a mess of auburn curls falling over his brow. He struggled beneath the weight of an oversized suitcase.

Clovis turned from the uneasy receptionist with a nod and cast his stern gaze upon the boy. He waved the orderlies away with indifference, his eager eyes drinking in the Lionel’s fragile form.

“Son,” the cold greeting was accompanied by a firm hand falling across the boy’s delicate shoulder, “are you prepared to shed the shackles of this prison?”

Lionel looked up into the man’s cold blue eyes and smiled warily. “Yes, sir,” he replied, his coppery eyes holding the man’s stare.

Dr. Wesley Clovis smiled down at the boy. He glanced briefly at the gawking receptionist, slowly tipping his black hat, and escorted his new patient down the hallway and out the doors of the institution.

One week later, Marie Quinn’s name would be listed among the deceased, just one of dozens of victims claimed by a devastating fire of unknown origin. Her identification only made possible by the distinct red polish of her charred fingernails.